By this time next year, a Canadian company called Nanometrics will have installed a new earthquake early warning system complete with 120 seismic data stations located along the Dead Sea Valley, the Jordan Valley and around the Carmel region.

Of those, 55 are existing stations that are to be upgraded; the other 65 stations will be new installations, all of which are to include sensors that will pick up the information about the first wave that hits whenever an earthquake strikes.


Nanometrics won an international bid for the installation of an early warning system to let Israelis know that an earthquake is on the way. The cost: approximately NIS 35 million.

The system will provide a 10 to 30-second warning between the first wave and the massive wave of destruction that follows, according to a report published in the Hebrew-language Ha’aretz newspaper.

Israel sits on an active fault line along the Syrian-African rift. An earthquake early warning system will allow Israelis to race for safe spaces or protected areas.

The most destructive earthquake in recent memory occurred in 1927 near Jericho, and registered at 6.2 on the Richter scale, leading to 285 deaths and 1,000 more injured across the area.

Between January 2012 and May 2015, there were 39 earthquake “events,” according to an article published in the American Geophysical Union journal (Fall Meeting 2015) by two researchers from the University of California at Berkeley. 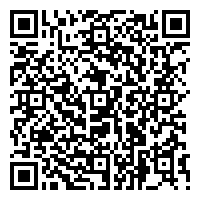