A Jerusalem court has thrown out “showcase” indictments against three supposed “price tag” vandals and has hung another black cloud over the police and the office of the Attorney General, all of whom appear to be on a witch hunt.

The latest black eye for government prosecutors was dealt by Jerusalem Court Judge Avital Chen, who ruled there was no basis for charges that three youth from Samaria were planning to carry out some sort of attack  on Arab property.


The rejection of the government case came only a short time after a three-judge Jerusalem court unanimously ruled against the government’s charges of breach of public trust against Foreign Minister Avigdor Lieberman, who has been hounded on various charges for more than a decade.

Many rightwing leaders have charged that dozens of police arrests of supposed price tag vandals are an attempt to blame innocent people for crimes that they say are being carried out by Israel Security Agency (Shin Bet) agents trying to make the nationalist movement look illegitimate.

Considering the increasing number and severity of price tag vandalism, the accusations against the Shin Bet sound like self-righteous paranoia.

On the other hand, leftwing activists have accused government prosecutors of purposely treating price tag vandals with soft gloves and failing to convict even one of them over the past three years. Given the proven cases of Arabs damaging their own olive orchards and then blaming Jews, it is not impossible to believe that the Palestinian Authority has ordered the “price tag” operations.

The indictments that were thrown out by the Jerusalem court are the first ones ever to be filed against supposed price tag vandals.

Three young Jewish boys were arrested in September 2011 while they were carrying tools, approximately 300 feet from a vehicle that was not theirs but in which police found bottles of gasoline. Police rejects the youth’s claims that they were using the tools for renovations on a nearby structure.

The police put one and one together and came up with what they thought was two. Government prosecutors at the office of the Attorney General also thought they had done their math and put together their first indictments that were supposed to show that they finally had the goods on price tag culprits.

The court also did its math and flunked the police and prosecutors.

Michael Ironi, a lawyer for the legal aid Honenu organization, said after the court decision, “It is a shame that the Attorney General’s office chose to conduct a trial against the defendants. From the beginning of the case the evidence seemed weak and circumstantial. The suffering caused to the defendants is also regrettable.”

Honenu attorney Rehavia Piltz, who assisted in handling the case, stated, “Even from the beginning it was obvious that much ado was being made out of nothing and now the court has confirmed. It is unfortunate that in the process leading to their exoneration the rights of innocent youths were severely injured over a long period of time.”

The chase after Lieberman and dozens of alleged price tag vandals, despite being unsuccessful, also has a price tag.

“For over two years our lives have been a nightmare,” said one of the youth who finally was exonerated.

“They kept us in remand under severe conditions and falsely accused us of serious crimes,” he added. “If we had not had a religious appearance and the police and the Attorney General’s office had not been so eager to achieve ‘accomplishments’ at the expense of tarnishing the reputation of an entire population, we would not have gone through such a difficult, tortuous legal battle over something we never did.”

Police arrested two of the youth shortly before the Rosh HaShanah holiday in 2011 and convinced the court to extend their remand on the eve of the holiday. The third youth was charged the day after the holiday.

The name of “hilltop youth” in Judea and Samaria  has been muddied with accusations that have never been backed up with indictments, until the “showcase” charges that proved to be unfounded.

Every time a nationalist looks the wrong way at the police or says a bad word about Peace Now, leftwing leaders and media scream “Rabin,”  continuing 18 years of slander against all national religious Jews, and particularly their rabbis, for the assassination of Yitzchak Rabin by Yigal Amir, who lived in metropolitan Tel Aviv and not in Judea and Samaria.

It is no secret that Shin Bet agents infiltrate into communities in Judea and Samaria to incite youth to break the law and then fall prey to being informers to save themselves from prosecution.

It is hard to believe the rightwing claims that Shin Bet agents have carried out all of the price tag attacks to undermine the nationalist movement.

But it also is hard to believe that police continue to harass youth, often with middle-of-the-night arrests, and prosecutors cannot come up with even one indictment that holds any water.

The only missing key in the puzzle is the failure of most national religious leaders to conduct a campaign in their communities and yeshivas to preach against violence and anti-Arab vandalism.

If Jews indeed are guilty of the vandalism and if the police and prosecutors cannot do a better job than they did after investing thousands of hours to nail Lieberman for nothing, something is rotten in the office of the Attorney General. 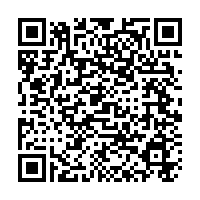