Arab terrorists from the village of Atzira Kebaliyah in the Shomron infiltrated into the community of Yitzhar on Tuesday and threw Molotov cocktails at one of the buildings. The Molotov cocktails did not ignite, and no injuries or damage were caused in the attack.

No one was in the structure that was attacked at the time of the incident.


About two years ago, Arabs infiltrated the neighborhood and completely burned down a building in the community.

The residents have announced a demonstration Wednesday afternoon “demanding that a harsh hand be taken against the terrorists and that adequate protection be provided to the end neighborhoods.”

“We call on the IDF to come to their senses immediately, to take a tough hand against the terrorists, and to provide life-saving weapons to the residents of the neighborhood,” the residents said. 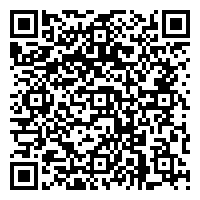