The bi-partisan congressional letter called upon the leadership of the House of Representatives to invite Netanyahu to speak before a joint session of congress when he visits Washington this spring.


The letter cites the importance of inviting the leader of “our closest ally in the Middle East” to speak to congress, particularly given the widespread instability and turmoil in the region.

“Given the importance of our relationship with Israel we ask you to invite Prime Minister Netanyahu to address a Join Session of Congress. Doing so would send a clear message of support for Israel,” the letter states.

“The strong support we have received for this initiative shows our close relationship with the State of Israel which is based on deeply shared values, as well as moral, historical and security ties,” said Congressman Doug Lamborn (CO-05) in a release issued on Thursday, Feb. 13.

At virtually the same time as members of congress were joining together in an effort to demonstrate support for America’s closest ally in the Middle East, another group of Americans were drafting a letter with a very different message to Netanyahu, Israel’s democratically elected leader.

This second letter was primarily drafted and signed by members of the Israel Policy Forum, a group once considered iconoclastic because it chose to follow a path that differed from the centrist American Israel Public Affairs Council.

The IPF, formed in the early 1990s, is largely indistinguishable from the newer J Street, other than that the leadership and membership of J Street is much younger. The IPF membership is not only significantly older than J Street, most are extraordinarily wealthy.  Moshe Dann wrote an informative article on the IPF membership in 2012. They have billionaires and heiresses and a felon, oh my!

The central plank of the IPF, like that of J Street, is that a “Two State Solution” to the Middle East conflict is imperative and American diplomatic strength must be deployed to push Israel to accept that policy immediately.

In keeping with that position, the IPF letter to Netanyahu on Wednesday, Feb. 12, lavishes praise on the U.S. Secretary of State John Kerry for his “extraordinary resolve” in advancing the “efforts to pursue a negotiated resolution to the Israeli-Palestinian conflict based on two states for two peoples.”

The IPF letter explained to Israel’s elected leader that they believe what Kerry is doing presents the best opportunity for Israel’s future.

We believe Secretary Kerry’s determined diplomatic effort offers an unprecedented opportunity to ensure Israel’s security, to enhance its prosperity, and to avoid the existential threat to the Jewish posed by bi-nationalism.

Those signing the letter express “hope” that the acting leader of the Palestinian Arabs, Mahmoud Abbas, will help to advance the talks.

Describing this as being a  “pivotal moment of decision making” and a “critical juncture for the Israeli-Palestinian negotiations,” the IPF signers implore Netanyahu “to move forward to pursue a lasting peace agreement.”

The letter is signed by 150 American Jews. Although they refer to themselves as a “cross section of American Jews,” most of them have been involved with the IPF for more than 20 years. Apparently they believe the inclusion of Professor Alan Dershowitz, a harsh critic of the boisterous J Street young bucks, gives them diversity creds.

Most recently (prior to last week’s letter) virtually the same passel of peaceniks wrote to Netanyahu in April, 2013.  That time they sent him a finger-wagging letter, imploring him to, in the wake of U.S. President Barack Obama’s visit to the Middle East, “respond to President Obama’s call for peace.” 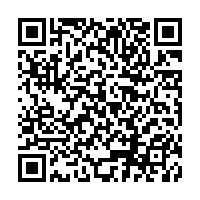