I am a woman. I am a wife. I am a mother. I am an observer of Halacha. I am a professional. I am a shul board member. I am a writer. I am Orthodox. I am committed to Jewish tradition, to the Oral and Written Torah. I am a proponent for the advancement of women’s viewpoints and concerns.

If the combination of those terms seem paradoxical to you, trust me, I understand. I have spent a lot of my life trying to resolve this odd dichotomy.


I have read about the recent uproar over women and tefillin with growing interest. It was interesting to read about a modern Orthodox school allowing a couple of girls to wear tefillin, but it was even more fascinating to read the various reactions inundating the blogosphere.

If you are an Orthodox woman and this story did not interest you, it should. And here is why:

As an Orthodox woman, whether you realize it or not, whether you are bothered by it or not, you are living a paradox. As a woman alive in the 21st century, you can be a lawyer, a doctor, an accountant, an engineer, a researcher, a psychologist, a computer programmer, a judge, an academic professor. If you do not have a career in any of these fields, you most likely know a woman who does.

Kollel lifestyle has ironically helped promote this, as women seek to find means to support their husbands. Frum women are creating careers for themselves in all areas. They are working as professionals, pursuing intellectual careers, managing finances, taking on leadership roles… all successfully.

Women are generally exempt from mitzvos that are time-bound. Traditionally, this was more easily understood, providing women who were housewives and mothers with greater leeway. This may continue to be easily understood for contemporary women who are functioning as the primary caregiver. However, Halachically-observant women in the workforce who are complying with various time-bound constraints due to a professional work-day, create their own anomaly. There is something odd about seeing women at a professional conference, who sit around and “schmooze” while their male colleagues stop to daven mincha.

Traditional Bais Yaakovs do not teach Oral Law to girls. When I repeatedly asked my teachers if I could learn Gemara as a young child, I was given numerous answers as to why it was not okay. Mostly because “women’s brains are not cut out for that type of learning” or “women are too emotional to analyze text objectively.”

Looking at the various careers my fellow classmates and friends have embarked on, I see a blatant inconsistency. Halachically, women cannot be judges (Shulchan Aruch, Choshen Mishpat 7:4) or bear witness in court (BT Shevuos, 30a; Baba Kama I 5a; Rambam Hilchos Edus 9:2). When I asked why, again I was told it was because women were too emotional and could not be relied on for objective observations.

With female Supreme Court Justices in the United States who seem as objective in their decisions as their male counterparts, with a court system that relies on women witnesses just as much as men, it’s makes the reasons I was given seem inadequate. Interestingly, numerous recent research studies have shown no significant differences in gender in eyewitness memory, other than women remembered more details when observing women and men remembered more details when observing men (Google it!).

Although Bais Yaakov education ingrains in girls the glorified role of a woman in the home, not many Bais Yaakovs harp on the negative legal ramifications of the traditional role of woman. In traditional Halacha, men were the official heads of household and women had few independent rights and privileges. Halachically, men had sole custody of their children- they were the final decisor in all matters until the child reached puberty (BT Sotah 23b). In most instances, all of a woman’s earnings belonged to her husband, in exchange for him supporting her (BT Gittin 77a).

Not only that, but a woman was not responsible for something she damaged since legally, she owned nothing—it all belonged to her husband (similar to a slave who was also not responsible for what he damaged- BT Baba Kama 87a). In Kesubos (59b), the Gemara lists a wife’s responsibility to her husband (in response to his responsibilities to her). The list includes various domestic obligations. In Kesubos, 61a, the Gemara goes on to say that if a women brings maidservant to the marriage, she is released from these obligations, with a few exceptions. She still had the obligation to personally wash her husband’s feet, prepare his cup of wine, and make his bed. Rashi says that these are not obligations but rather suggestions to make a wife beloved in her husband’s eyes. Rambam, however, says these were obligations that were enforceable by whipping (Hilchos Ishus 21:10).

So while the “frummest” girls may say they have no interest in the feminist agenda, there are many apparent paradoxes that they have to contend with. I cannot imagine that most women would lie awake at night and lament a time when a woman’s role followed the legal aspects dictated above.

If all of these inconsistencies between your general lifestyle and traditional approaches don’t bother you, they may bother your daughter. And if they don’t bother your daughter consciously, they may bother her subconsciously. And by that I mean that even if she cannot articulate any issues she has, somewhere deep inside she has to deal with these paradoxes. To do so, she either ignores them and doesn’t think too deeply or tells herself that was then- it doesn’t apply now. Either of these scenarios runs the risk of significantly diminishing the passion with which the next generation commits to Halachic Judaism. When there are major inconsistencies in how you think the Torah law understands something and how you live in your “regular” life, you are already making your commitment to a Torah lifestyle severely diminished.

So if you want to help ignite your daughter’s passion to Halachic observance- to the preservation of traditional Torah observance and to the commitment to seek greater meaning to life than just materialistic goals, you are best to recognize these issues and take them seriously. Observance of Halacha can only be maintained when there is a fixed Halachic process. But within the parameters of the Halachic process, there are lots of ways to maneuver within the law. Taking a proactive approach to making a woman’s general life and Torah life consistent will do a lot for the continuance of Torah observant Jewry.

These women’s issues are not going away. They are only going to increase.

Can Islam Be Reformed? 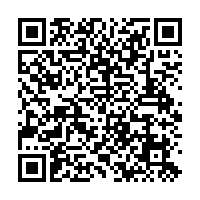