University of Haifa signed an unprecedented agreement this week in China with Chinese conglomerate the Hangzhou Wahaha Group and the Institute of Automation at the Chinese Academy of Sciences.

The deal will see the establishment of three joint artificial intelligence technology centers constructed in Haifa, Israel, Hangzhou, China and Beijing, and an initial investment of $10 million.

Financed by Chinese billionaire Chairman and CEO of the Hangzhou Wahaha Group, Zong Qinghou, the Institutes for Artificial Intelligence Technology Centers will house research and development facilities to develop research and exchange ideas for application technology, particularly the commercialization of artificial intelligence for a wide scope of uses.

The agreement was signed in the presence of Israeli Prime Minister Benjamin Netanyahu and University of Haifa President Ron Robin, both in China for a three-day trip meant to boost business ties between the countries and celebrate 25 years since Israel and China established diplomatic relations. Also in attendance at the ceremony was Chairman and CEO of the Hangzhou Wahaha Group, Zong Qinghou, China’s Minister of Science and Technology, Wan Gang, and Israel’s Minister of Economy and Industry Eli Cohen.

The institutes will select cutting-edge application technologies from University of Haifa and the Chinese Academy of Sciences’ advance disciplines that can be industrialized, including vision tracking through mobile devices, image processing and big data for medical application, 3D image learning, chip technologies, biometric identification, and much more.

Ron Robin has extensive experience working in China and in global education. Prior to his assuming the presidency of University of Haifa, he was responsible for establishing and running NYU’s campuses in Shanghai and Abu Dhabi.

“We are honored to be entering into this agreement with Wahaha and the Institute of Automation at the Chinese Academy of Sciences. Not only does this partnership emphasize the world-class caliber of research being done at University of Haifa, it also endorses our approach to a locally provided university education with a global focus. Such an ongoing collaboration has the potential to produce scientific discoveries that will benefit all of humanity.”

The Hangzhou Wahaha Group is a group of private companies including the largest beverage producer in China. The agreement with University of Haifa is its first step in fostering academia and research, with construction of the institute set to be completed within the next two years.

Teams compiled from University of Haifa and the Chinese Academy of Sciences will conduct research at all three institutes located in eastern China’s Hangzhou, Beijing or in Israel, while a business committee made up of equal representation will be established to analyze each project’s business potential.

Supporters of Israel Have Seen The Current NYT Disaster For Years 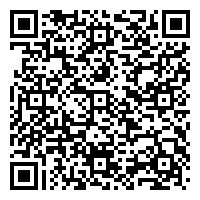