Palestinian Authority chairman Mahmoud Abbas told students from Harvard University who visited him at his Ramallah headquarters on Saturday: “I said to Trump, ‘Mr. President, I do not like war, and I do not believe in war. I believe that if we receive our country, I would prefer to build a school than to purchase a tank, and I’d rather build a hospital than buy a fighter plane. I do not want weapons, I just want to build my country.'”

According to Abbas, at this point in the meeting, President Trump looked at him and said: “How can they say that you are a terrorist? You are a man of peace.”


Abbas told the visiting students that recent American and Israeli measures against the PA Arabs have made life very difficult for them and there is no telling how things would turn out in the coming days. He argued that PA-US relations as well as PA-Israel relations have deteriorated recently due to unfair American and Israeli policies toward the PA.

As a result, Abbas said, the US lost its status as a fair peace broker and therefore can no longer play the role of sole mediator without other nations being involved. “We will not accept it alone,” he said, and called on President Trump to abide by the international resolutions and stop making up his own rules and decision on issues such as the Golan Heights and Jerusalem. “This is unacceptable,” he said.

Abbas said he had told the Israelis that they either give the PA all their money collected by Israel from tax revenues, or none at all – but Israel cannot deduct any amount it sees fit to offset the salaries the PA pays terrorists sitting behind bars in Israel.

“We are truly suffering and in the next months, we do not know what will happen. Bur for sure there are going to be difficult days. We urge you to pass on this truth to your government, nothing more,” Abbas told the visiting students.

“What we want is our independent Palestinian state with East Jerusalem as its capital on the 1967 borders, with an agreement on the outstanding issues we discussed with the Israelis in the Oslo accords,” he said.

By which he meant the uprooting of the Israeli settlements in Judea and Samaria, the splitting of Jerusalem, and permitting about five million descendants of Arabs who left Israel in 1948 to return – also known as the elimination of Israel as we know it. 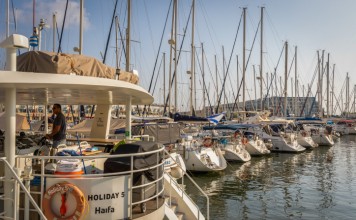 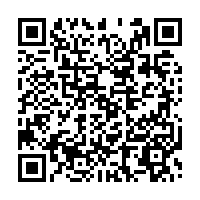