President Donald Trump’s tweet early evening Wednesday shocked the world: “We have defeated ISIS in Syria, my only reason for being there during the Trump Presidency.”

The tweet that shook the world was part of a string of rapid fire tweets about how the Mexican government is really bearing the cost of the border wall and how the NY State attorney general was unfair when she ordered the Trump foundation to dissolve and give away its cash to other charities. But the announcement of the US withdrawal from Syria did not escape a shocked world’s attention.

For one thing, because the US presence in Syria and the steadfast and brave US soldiers have stood up to the Russians and the Iranians (ISIS hasn’t been a real player in Syria for more than a year) was possibly the only part of the Trump foreign policy the entire Western world agreed with.

Israel, which has created its own channel of communication with the Russian military in Syria, has nevertheless drawn great comfort from the fact that it was not the only other major Western player in the Syrian theater. Now that Russia will have new reasons to act as the biggest bully in the region, Israel would have to be even more cautious. Have you heard of any IAF attacks on Hezbollah convoys hauling weapons from Syria into Lebanon? Not recently – and according to the Lebanese press, those convoys are still going, supported by the Lebanese Army’s head of Intelligence, who is also a Hezbollah stooge.

The civilized world has endorsed the Trump administration’s military involvement in Syria because the American presence in Syria, which consists of about 2,000 battle hardened and well armed troops, is blocking the Russian and Iranian advance on the rich oil fields of Iraq, which would otherwise ram through the local Kurdish population.

Those US troops were tested in the Battle of Khasham, which should be depicted by Hollywood as a proud moment in American military history.

Around 10 PM on the night of February 7, 2018, a force of 500 militiamen, Syrian government soldiers, Iranian-trained Afghan Shia fighters, and Russian fighters belonging to the mercenary company Wagner Group, launched an assault on the local headquarters of the rebel group Syrian Democratic Forces near the town of Khasham, on the shores of Euphrates River in Syria. There happened to be US special forces personnel at the base at the time of the attack.

The attackers were supported by T-72 and T-55 Russian made tanks. In a coordinated attack, they shelled the SDF base with artillery, mortars, and rockets. Not prepared to abandon the special force nor the US-allied rebel group, US Secretary of Defense Jim Mattis decided to launch a counter attack of AC-130 gunships, F-15E Strike Eagle fighter jets, unmanned aerial vehicles (MQ-9), AH-64 Apache attack helicopters, B-52s, and F-22s. Nearby US Marine artillery batteries, including a High Mobility Artillery Rocket System, also shelled the attacking forces.

The battle lasted four hours and more than 100 pro-Syrian government fighters killed, including at least 10 Russian mercenaries. According to news sources, not a single US soldier was hurt.

The civilized world acknowledged, until Wednesday evening yesterday, that the US was doing a fantastic job pushing back Russia and Iran from the Iraqi oil and helping the Syrian Kurds defend themselves, and presumed that the US wanted to maintain its presence to also prevent the defeated ISIS from regrouping. In fact, if ever there was an Obama administration policy Trump was applauded for reversing, it was his decision to get involved in Syria – and doing a bang-up job with only 2,000 troops.

Now President Trump is, in effect, ceding Syria, the Kurds, and, eventually, Iraq, to Russia and Iran.

And he did it without consulting anyone in the Pentagon.

Sen. Bob Corker (R-Tenn.), chairman of the Senate Foreign Relations Committee, was aghast like the rest of the Western world: “I’ve never seen a decision like this since I’ve been here, in 12 years, where nothing is communicated in advance, and all of a sudden this type of massive decision takes place,” he said.

CNBC reported that a senior administration official told reporters that the president “has believed for many years that we do not have a military role to play in Syria. I really don’t see how this is a surprise.”

When reporters quoted National Security Adviser John Bolton, who vowed recently that US troops would stay in Syria “as long as Iranian troops are outside Iranian borders,” and wondered why that seemingly rational policy had shifted 180 degrees, the anonymous senior official hemmed and hawed a lot and finally came up with Because I said so:

“The issue here is that the president has made a decision, so that previous statements, um, he gets to do that, so that’s his prerogative,” he said.

Yes, it is. We will not speculate as to why the president has seen fit to abandon the most crucial battle field on the planet at this stage of the game. Perhaps the Pentagon can take its time packing the Syria operations while the Trump administration is busy wading through it legal entanglements. What’s the hurry? 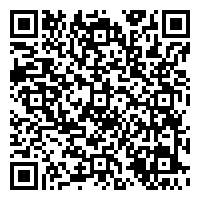