The US Federal Aviation Administration (FAA) has barred American pilots and carriers from flying through the air space of Iran, Iraq, the Persian Gulf and the Gulf of Oman, in the wake of Wednesday’s Iranian missile attack on two air bases in Iraq where American forces are stationed.

The order applies only to US operators; however, a number of international airlines have also rerouted their flights around the region as well.

One of the international airlines that has chosen to reroute its flights is Ukraine International Airlines, which lost an aircraft Wednesday in an unexplained crash just minutes after departing for a flight to Kyiv from Tehran Imam Khomeini International Airport.

The time of the crash was close to the time that Iran’s Islamic Revolutionary Guard Corps Aerospace Division launched its barrage of missiles at the American forces in Iraq. The government of Ukraine has opened a criminal investigation into the incident.

Other airlines that have announced plans to change their routes include Qantas, Lufthansa and Air France. Lufthansa also announced a cancellation of its service to and from Erbil and Tehran, according to the AINOnline industry publication.

A number of Middle Eastern airlines canceled service to Baghdad on Wednesday; among them were EgyptAir, Emirates Airline and Flydubai.

Last Friday Royal Jordanian Airlines, Bahrain’s Gulf Air, and Saudi Arabia’s Flynas had canceled their service to and from Baghdad following the targeted killing of IRGC Quds Force commander Qassem Soleimani by US forces as he was en route from Baghdad Airport. 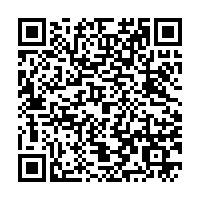