A convoy of 17 buses loaded with at least 300 armed ISIS fighters, their families and other civilians is stuck in the Syrian desert, unable to continue on its approved retreat into Iraq since the US-led coalition air forces have been target practicing on them since Tuesday.

A commander in the Syrian regime’s military alliance – which includes Hezbollah and Iran – one Saturday told Reuters “Work is under way to change the course of the convoy for a second time.”

Hezbollah and the Syrian army on Thursday – after fierce coalition warplanes attacks on Wednesday had destroyed a road and a bridge in the buses’ path – rerouted the convoy from going via the southeast Syrian desert, to proceeding further north, when coalition warplanes picked up where they had left off.

According to an angry statement released by Hezbollah on Saturday, US warplanes are not just blocking defeated ISIS fighters from returning to Iraq, they are also preventing humanitarian aid from reaching those 17 buses, to the detriment of the elderly, injured, and pregnant who apparently have taken up many of the seats. According to the statement, Hezbollah and the Syrian army have assured the convoy’s safe passage as part of a ceasefire agreement, and the only ones standing in the way are the American’s and their allies.

The Americans do not want more ISIS fighters reaching Al-Bukamal, a city on the Euphrates river in eastern Syria near the border with Iraq, where the 2016 Operation Day of Wrath was launched by the US-backed New Syrian Army, an operation which was later described as a ”crippling defeat” and a ”Bay-of-Pigs-style fiasco” for the rebels.

Meanwhile, the Syrian Observatory for Human Rights reported that dozens of ISIS fighters had left the paralyzed convoy on their way to Deir al-Zor province, where Abu Kamal is located.

According to Raghida Dergham, columnist and senior diplomatic correspondent for the London-based Al Hayat, the deal that allowed hundreds of ISIS fighters the Lebanese-Syrian border in air-conditioned buses towards the Syrian-Iraqi border is “suspicious in many ways.”

Dergham suggests there have been crossed wires over in Washington regarding the deal, which is why coalition warplanes have been hovering in a holding pattern over the convoy, rather than either letting the buses through or destroying them. “The messages Washington was sending to Beirut were full of contradictions,” she wrote on Sunday, including both “regret over what Washington deemed to be the Lebanese state’s sanctioning of the deal between Hezbollah and the Syrian regime over the eviction of ISIS militants from Lebanese territory under their protection,” alongside American messages “congratulating the Lebanese army for pushing ISIS out of Lebanon.”

“This is not just about who is behind that terrible international cocktail of intelligence services behind the ‘joint stock company’ that created ISIS and their true motives,” writes Dergham, “but also the nature of the objectives of those pushing for deals at the expense of accountability, and those pushing for crushing groups like ISIS at the expense of any political promises and pledges of accountability for those responsible for the massacring of Arab peoples and the destruction of their cities.”

In the end, Dergham argues, any deal that was conceived by Iran and Syria, directly or through proxies, is by definition a bad deal and must be sabotaged. This appears to be the current American motivation over in the Syrian desert. 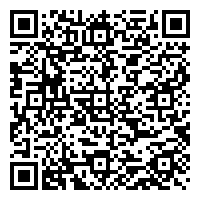