North Korea on Sunday confirmed what the US Geological Survey reported as a 6.3-magnitude earthquake at around 12:30 PM local time in its northeastern region had been the result of the test of a nuclear device, personally ordered by the leader Kim Jong Un. The statement was accompanied by photos of Kim Jong Un inspecting what was proclaimed to be a thermonuclear weapon.

A thermonuclear weapon has a greatly increased explosive power compared to single-stage fission weapons. According to Lives Science, the fission bombs that were dropped on Nagasaki and Hiroshima exploded with the yield of 15 kilotons and 20 kilotons of TNT, respectively. In contrast, the first test of a thermonuclear weapon, or hydrogen bomb, in the United States in November 1952, yielded an explosion on the order of 10,000 kilotons of TNT.


Israel likely possess thermonuclear weapons of the Teller–Ulam design, and it has been widely speculated that the Vela Incident of 1979, a.k.a. the South Atlantic Flash, may have been a joint Israeli–South African thermonuclear weapon test. It has been well established that the thermonuclear weapon inventor, Edward Teller, advised Israel on developing nuclear weapons. Between 1964 and 1967, Teller made six visits to Israel and lectured at Tel Aviv University on theoretical physics. Teller reportedly told US government officials: “They [Israel] have it, and they were clever enough to trust their research and not to test, they know that to test would get them into trouble.

“We’ve reconfirmed our ability to control our missile and nuclear capabilities at any given time, and that we’ve reached a very high level of standards of such technology,” the North Korean announcer read on state broadcaster, KCNA. “This shows the trustworthy system of our nuclear engineering technology, from today’s successful test.”

Also under consideration: a deployment of new US weapons on the Korean peninsula.

So far, President Trump has told the Financial Times in the spring that if China fails to “solve” North Korea’s nuclear program, it would be “totally” possible that the US would take care of the problem. “China will either help us with North Korea, or they won’t,” Trump said. “If they do, that will be very good for China, and if they don’t, it won’t be very good for anyone.”

Kim Jong-Un in a Coma According to South Korean Official 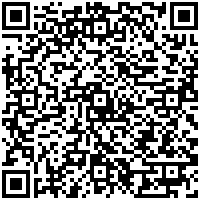