Israel’s deputy Foreign Minister Tzipi Hotovely is heading to the United States on a tour to combat the Boycott, Divest and Sanctions campaign against Israel.

The BDS movement that has often been referred to as an expression of the “new anti-Semitism.”

She’s the first senior Israeli politician ever to carry out an organized tour of Ivy League universities to fight BDS. Many members of BDS-linked student groups, such as the Students for Justice in Palestine and similar organizations, target Jewish students for hate.

Ahead of her departure, Hotovely told reporters her main goal is to debunk the lies about Israel that have been fed to the youth of America. Such lies are used to fuel the flames of hate and incitement promoted by the Palestinian Authority government. Among the campuses Hotovely is scheduled to visit are New York University, Columbia University, and Princeton University.

According to the Mid-Year Audit of Anti-Semitic Incidents released Thursday (Nov. 2) by the New York-based Anti-Defamation League, a total of 118 anti-Semitic incidents were reported on college campuses in the first three quarters of 2017, compared to 74 in the same period of 2016 – an increase of 59 percent.

“We are deeply troubled by the rising number of anti-Semitic incidents, bullying, and hate in our nation’s schools and we don’t think the statistics paint a full picture of what is happening,” ADL National Director Jonathan A Greenblatt said Thursday upon the release of the report. “Many school-based incidents still go unreported. 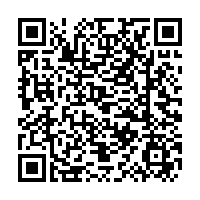