The International Court of Justice in the Hague has registered Iran’s complaint against the US arguing that its decision last May to renew sanctions on Tehran after pulling out of the 2015 nuclear deal violated a 1955 treaty between the US and Iran, IRNA reported Tuesday.

The complaint argues that the US’ May 8 decision to withdraw from JCPOA runs counter to its international commitments, and says the US is obliged to stop this offense and compensate Iran for damages.

In the complaint, Iran claims the US’ decision violated the Treaty of Amity, Economic Relations, and Consular Relations, signed by the US and Iran in 1955, decades before the 1979 Islamic Revolution. In that context it could also be argued that occupying the US embassy in Tehran and taking hundreds of US citizens hostage also violated the same treaty a little bit.

“The US shall fully compensate Iran for the violation of its international legal obligations in an amount to be determined by the Court at a subsequent stage of the proceedings,” Iran’s complaint reads, according to a statement from the court. “Iran reserves the right to submit and present to the Court in due course with a precise evaluation of the compensation owed by the US.”

The court confirmed on Tuesday it had accepted the complaint filed by Iran against the US. The same complaint also called for an immediate halt of the sanctions against Iran declared on May 8 by President Donald Trump, and the US should stop threatening to impose further sanctions.

Iran’s Foreign Minister Mohammad Javad Zarif tweeted on Monday that “Iran is committed to the rule of law in the face of US contempt for diplomacy and legal obligations.”

The court is expected to schedule a hearing in which the US will probably contest the legitimacy of Iran’s claim. According to Reuters, hearings on requests for provisional rulings are usually heard within several weeks, followed a few months later by a decision. ICJ decisions are binding, but the court does not have the power to enforce them. 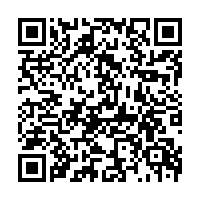