Iran’s Foreign Ministry spokesman Saeed Khatibzadeh on Sunday announced that Israel’s era of “hit and run” attacks on the Iranian presence in Syria was over, and denied the Syrian Observatory for Human Rights’ report last week that at least 10 people, including five Iranians from the Quds Force, were killed in an Israeli attack.

“I do not confirm the martyrdom of Iranian forces in Syria,” Khatibzadeh said, explaining that “the Zionist regime is well aware that the era of hit and run is over and therefore they are very cautious.”


Khatibzadeh added: “Iran’s presence in Syria is advisory and naturally if anyone disrupts this advisory presence, our response will be a crushing one.”

Earlier, Khatibzadeh accused Secretary of State Mike Pompeo of promoting a “doctrine of whitewashing Israeli crimes and formalize the Israeli occupation of Palestinian territories.” Khatibzadeh tweeted on Friday night that the doctrine comes down to “Put Bibi’s interest above that of even Americans who put him in office; Formalize Israel’s occupation & whitewash Israeli crimes – no matter what, silence criticism with bogus ‘anti-Semitism label’; Waste US taxpayers money on private family tours.”

Now, you know it can’t be both: a newspaper report can either be a down and dirty piece of yellow journalism, in which case it is true, or fake news.

Khatibzadeh added that Iran’s representative office in New York issued an immediate response to the story, rejecting the existence of any kind of direct or indirect contact between Iran and the US. But last Tuesday, Khatibzadeh told Press TV that Iran is ready to return to full compliance with the Joint Comprehensive Plan of Action (JCPOA) with the next US administration.

“Iran is definitely ready if the other side is ready to get back to full implementation of the JCPOA,” Khatibzadeh said.

Asked if Iran would “trust” the US if President-elect Joe Biden were to take over the White House, the spokesman said the US had shown everyone that it was not trustworthy.

“The issue is not trust. Actually, the nuclear agreement was negotiated based on mutual mistrust. So, this matters most. And we’re just looking at the behavior of who is going to run the White House,” he said, adding that it was too soon to tell what was going to happen in the future.

He is probably right. 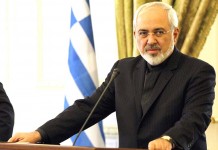 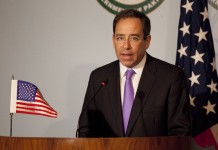 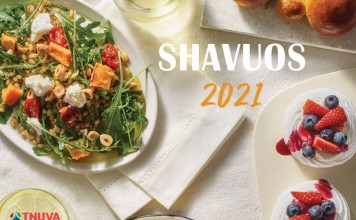 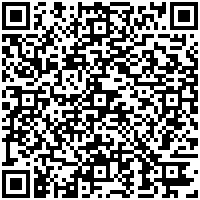