Speaking to reporters in Tehran on Sunday, the Chief of Staff of the Iranian Armed Forces Major General Mohammad Hossein Baqeri referred to US admissions that its air power superiority is over for the first time after World War 2 because it is unable to project aerial power where there are Iranian drones, Tasnim reported. Baqeri added, “In fact, this is a big and humiliating confession by the Americans.”

Baqeri was referring to the testimony of Marine Gen. Kenneth McKenzie before the House Armed Services Committee in April 2021, when he admitted that the US military is operating without complete air superiority “for the first time since the Korean War” because of the proliferation of inexpensive, small Iranian drones.

According to AirForce Magazine, McKenzie told the committee that “these small-and-medium-sized UAS (unmanned aerial systems) proliferating across the area of operations present a new and complex threat to our forces and those of our partners and allies.”

He was clearly torn between his natural inclination to brag about his drone superiority over Big Satan and his denial of Iranian support for the Russian war effort. He kind of did both, suggesting that apart from the fact that many of those reports might be false, they indicate the Islamic Republic of Iran’s great influence, significance, and high rating in the drone industry.

The general emphasized that Iran will proceed with plans to promote its drone capabilities, saying, “In accordance with the Islamic Republic’s issues and guidelines, we will cooperate with other countries in the drone industry.”

Iranian Defense Minister Brigadier General Mohammad Reza Ashtiani bragged earlier in December that Ukrainian experts had failed to produce any evidence for Kiev’s claim that Russia has employed Iranian military drones in the war in Ukraine. “In the technical meeting, the Ukrainian side did not present any document about Russia’s employment of Iranian drones in the war with that country and shelved it for the next sessions,” he said.

Like Baqeri, Ashtiani also spoke out of both sides of his mouth, dismissing the accusation that Iran is supplying Russia with UAVs for use in the Ukraine war, which the minister called “rumors are based on unfounded claims,” but also added that Iran and Russia have been involved in military cooperation for a long time, way before the supposed utilization of Iranian drones in the Ukraine war. 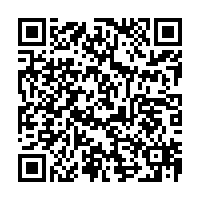