Once again, adventurous Israelis whose adrenaline seems to outstrip their common sense are being lured by an Israeli travel agent to sign up for an 11-day trip to North Korea and China.

China, let me hasten to say at this point, is not the issue. Israel has a warm relationship with China, with many kinds of reciprocal deals and so forth.


The issue here is North Korea, which is not exactly the carefree Asian haven of joie de vivre a tourist might imagine.

The advertisement for the trip as described on the tour company’s Hebrew-language website says the group will depart next Tuesday and will head to Pyongyang.

You know Pyongyang, the same place featured in all those lovely red and drab olive green military marches with a smiling Fearless Leader Kim Jong-un frantically waving and clapping every time he sees bigger and fatter and longer ballistic missiles loaded on to flatbed army trucks parading their way down the main drag?

Oh and the itinerary includes the DMZ! Isn’t that special? Touring agency “Tarbutu” — a division of Rimon Travel — both Hebrew-language on the website, promises fellow citizens in addition to Pyongyang, a trip to the Korean Demilitarized Zone so they can see the buffer zone separating North and South Korea — just in case anyone was wondering where and how far apart the two sides really are separated, each by their hugely beefed up military barriers. Feel free to take a pretty close look at the photo of U.S. Vice President Mike Pence peering in the distance from the safety of a concrete barrier, surrounded by security personnel on the South Korean side.

Of course, the itinerary allegedly includes the requisite visits to “national parks and nature reserves” as well. Which ones and when and how is not spelled out, because that is entirely up to Kim Jong-un’s “people” who will run this show the second the Israelis disembark from the plane. One wonders what his people will say to our people and what they might have for lunch — if they get that far.

Israel’s Foreign Ministry, meanwhile, already issued its warning on Wednesday, reminding our over-energized citizens not to travel to North Korea, given the current escalating tensions in the region.

One might think this warning unnecessary, considering all the saber rattling that’s been going on, with recent threats of nuclear missile test launches from Kim Jong-un and a Navy aircraft carrier with striker vessels sent to the area by President Donald Trump.

But in case that message wasn’t clear enough, U.S. Vice President Mike Pence verbalized the warning during his visit to the region while aboard the USS Ronald Reagan. He said that the “enemies of our freedom” would do well not to test Trump’s resolve, or the capability of the American armed forces — both of which he said were “dedicated to the protection of Japan.”

The United States will always seek peace, but under President Trump, the shield stands guard and the sword stands ready. #VPinASIA pic.twitter.com/5LiiIkIhXz

But no, silly Israelis, even with all that thunder, they’re still apparently going right ahead. It’s not even necessary to talk about the way the free way in which the average Israeli simply speaks with open expression about any particular topic — even sometimes after being cautioned. It’s just second nature. But that’s a problem in Pyongyang where even the uncle of the “Marshal” was thrown naked to starving hounds to be torn apart, simply because Kim Jong-un decided he was a traitor.

And so the Foreign Ministry has pointed out that its citizens should really avoid this country
(1) because of the increased risk of international conflict
(2) because the regime is under international sanctions, and
(3) because Israel has no diplomatic ties with the regime — a kinder and gentler way of saying that North Korea isn’t safe.

“If an Israeli citizen encounters any kind of trouble during a visit there, Israeli representatives will not be able to assist or provide any kind of help,” the ministry reminded.

For those who have any further interest in what North Korea might actually offer, two French journalists attempted — in English — to find out in December 2016 after being granted the first very rare visas ever given for such a purpose. The interview and footage they managed to film can be viewed by clicking here.

Iran: Mullahs Celebrate What They Hope Will Be the Return To Their Nuclear Bomb 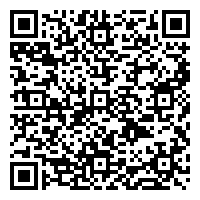