Director-General of Israel’s Ministry of Foreign Affairs, Yuval Rotem, tweeted a statement on Sunday in response to some of the “condemnations” issued by regional and global leaders in response to the horrific bloodbath that took the lives of at least 11 Jews, and wounded six others when an anti-Semitic shooter opened fire at the Tree of Life Synagogue while Jewish worshipers were at prayer on Sabbath morning.

“History has proven that #Antisemitism may start with verbal aggression, but it is often followed by murderous acts of violence,” Rotem wrote.


“To prevent more attacks against Jews, the battle against all manifestations of antisemitism must be fierce and global. Condemnations are not enough,” he added.

The Palestinian Authority issued a statement Sunday condemning the murders. “The Foreign Ministry condemns this terrorist act that targeted a Jewish synagogue in Pittsburgh,” said the PA government statement published by the PA’s official WAFA news agency. “The ministry condemns the targeting of places of worship by these terrorists who hold fascist and rotten beliefs based on the supremacy and dominance of white people.”

Not that such a statement got in the way of Palestinian Authority leader Mahmoud Abbas vowing to continue his government’s “pay to slay” policy of support for terrorists on the Mediterranean side of the Atlantic Ocean.

“The stipends of our prisoners, martyrs and wounded persons are a red line,” he told a meeting in Ramallah of the Palestine Liberation Organization (PLO)’s top body, the Palestinian Central Council, just a short time later. “This issue for us is a sacred [task] … We must pay all of them. If we were to be left with just one grush (cent) left, it would be allocated to them,” Abbas said.

Turkey’s President, Recep Tayyip Erdogan, a fervent supporter of Gaza’s ruling Hamas terrorist organization, likewise condemned the attack on the Tree of Life Synagogue, in the English language so as to ensure that Americans would see and understand his intention.

I condemn the terror attack against a Pittsburgh synagogue and extend my heartfelt condolences to the families of the victims and to the American people.

Turkey unequivocally condemns all forms of terrorism in all parts of the world regardless of their targets.

Erdogan, who said “Turkey unequivocally condemns all forms of terrorism in all parts of the world regardless of their targets,” accused Israeli Prime Minister of being a “terrorist” after Israeli military forces killed a number of Hamas terrorists while defending the country’s border during the terror group’s first attempt to storm the security fence in a multi-site attack.

Saudi Arabia, a nation which still believes firmly in the two-state solution based on handing over all Israeli territory annexed from June 4, 1967 — including all of Jerusalem’s Old City and sacred Jewish sites and many of its Jewish neighborhoods dating from June 4, 1967 — as well as any of the territory still in dispute, also condemned the attack.

The Saudi Embassy in Washington DC posted its condolences Sunday on its Twitter page.

“The Embassy expresses its sincere condolences to the American people and to families of victims of the violent incident at a synagogue in Pittsburgh today. Houses of worship are meant to provide safe and spiritual refuge. Those who desecrate their sanctity attack all humanity.”

The Embassy expresses its sincere condolences to the American people and to families of victims of the violent incident at a synagogue in Pittsburgh today. Houses of worship are meant to provide safe and spiritual refuge. Those who desecrate their sanctity attack all humanity.

United Nations Secretary-General Antonio Guterres also expressed his shock Sunday over the massacre of innocent Jews at worship in Pennsylvania this past Shabbat.

“The Secretary-General is deeply shocked at and strongly condemns the shooting today at the Tree of Life Congregation synagogue in Pittsburgh in the United States,” said his spokesperson, Stéphane Dujarric. “He expresses his deepest condolences to the families of the victims.

However, the Secretary-General felt compelled — as usual — to make sure he gave “equal time” to all the other population groups who ever faced difficulty, “to roll back the forces of racism, anti-Semitism, Islamophobia and other forms of hatred, bigotry, discrimination and xenophobia gaining strength in many parts of the world,” despite it having nothing to do with the slaughter of Jews at prayer. 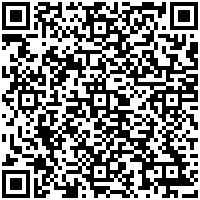