The Senate Foreign Relations Committee on Thursday voted 18-3 to impose new sanctions on Iran over its recent ballistic missile tests, as well as its human rights violations. The same committee decided not to punish Russia yet, for meddling in the US presidential elections.

Former Secretary of State John Kerry Tweeted furious warnings on Wednesday, telling the Senate committee: “This is a time to tread carefully,” and, “After Rouhani’s reelection, there is much up in the air/room for misinterpretation. This is not the moment for a new Iran bill,” and, “There are many tools to up the pressure already in place and at our disposal. We need to weigh/consider risk to JCPOA,” and, “Must also consider how to make any move in coordination/consultation with our European allies, who were and are essential.”


Committee Chairman Sen. Bob Corker (R-Tenn) stated he saw no connection between the decision to punish Iran for its violation of the UN restrictions on its ballistic missiles program and the nuclear deal (which he opposes).

“This in no way touches the nuclear deal,” Corker insisted.

The new Senate sanctions bill, with 48 co-sponsors, imposes sanctions on anyone connected to Iran’s ballistic missile program, including corporations doing business with the program.

Another foe of the nuclear deal, , Senator Ben Cardin (D-Md), said Iran “is not a country that is trying to enter the norms of society.”

Corker explained that before he recommends imposing punitive sanctions on Russia he wants to hear from Secretary of State Rex Tillerson about his progress in talks with Moscow, especially regarding the Russian role in Syria – although he admitted he didn’t have high hopes, saying, “I don’t think anything is going to change.” 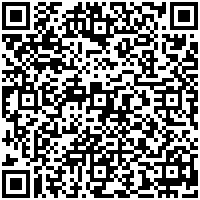