The son of the late, great businesswoman Estée Lauder, billionaire Ronald Lauder, an heir to the Estée Lauder Companies and the president of the World Jewish Congress, has told the NY Post on Saturday that he had been pushing presidential candidate Sen. Bernie Sanders (V-Vt) to cut his ties with his campaign surrogate Linda Sarsour.

“Linda Sarsour is a virulent anti-Semite who has publicly stated that ‘nothing is creepier than Zionism.’ Her views have no place in our political discourse and any candidate who associates with her is guilty of handing a megaphone to anti-Semites around the country,” Lauder told the NY Post.

“What’s even more disturbing is that Bernie Sanders, the only Jewish candidate, has chosen an anti-Semitic surrogate,” Lauder complained.

Sanders’ press secretary Briahna Joy Gray responded to a NY Post request for a comment saying, “She’s been a wonderful spokesperson and continues to be surrogate for the campaign.”

Last Monday, the Washington Post reported that Linda Sarsour, Tamika Mallory, and Bob Bland, the three leaders who established the Women’s March on Washington and were behind the largest mass mobilizations in US history following President Donald Trump’s 2017 inauguration, were asked to step down from the organization’s board.

Mort Klein, president of the Zionist Organization of America, wrote in late August: “Sarsour will make up any story, any lie, to blame, demonize and smear (BDS tactics) Israel and the Jewish people.”

He added: “Sarsour is the one who stands with terrorists and bigots, including Louis Farrakhan. Sarsour shared a platform with and praised Rasmea Odeh – a Palestinian-Arab terrorist responsible for murdering Jewish students; praised an Arab kid holding rocks to throw at Israelis as ‘the definition of courage,’ and tweeted her support for the intifada – the knifing, bombing and shooting campaigns in which Palestinian-Arab terrorists murdered and maimed 12,000 Jews.” 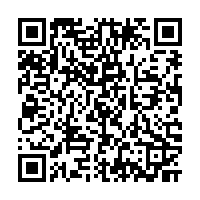