Although most his aides went with Prime Minister Benjamin Netanyahu to China, chief of staff Yoav Horowitz and political adviser Jonathan Schachter were sent in the opposite direction on Sunday, towards Washington DC, according to a report by Ha’aretz.

The two men joined Israeli Ambassador to the U.S. Ron Dermer and U.S. Special Representative for President Donald Trump to the Middle East Jason Greenblatt in a meeting to continue working on reaching an understanding on settlement construction and other issues.


Following Netanyahu’s visit to Washington last month, Dermer and Greenblatt were tasked with heading a committee to find a way to reach a middle ground on settlement construction and other unresolved issues that remain to be dealt with between Israel and the United States.

During Greenblatt’s visit to Israel last week, Netanyahu made it clear in talks with the American envoy that a construction freeze in Jewish communities in Judea and Samaria was a non-starter, and in fact would spell political disaster, and probably the end of his coalition.

Trump Administration officials are working with the Israelis at this point to try and find a middle ground in which both sides can live with a deal for Jewish residents of Judea, Samaria and post-1967 Jerusalem neighborhoods.

It’s impossible to live in a community — any community — without being able to add apartments or homes when one’s children grow up and marry, seeking housing in which to start their own families. This is especially true when one is raised in a community that is relatively isolated from other areas, and in which guarding one’s security is a way of life. Likewise, healthy communities must be able to add libraries, schools, banks and health clinics, in addition to basic infrastructure, in order to keep the community peaceful and sane.

The Trump Administration is making a special effort to work out some way to resolve the issues that make a resolution such a challenge for the two sides.

The construction freezes Israeli Jews have been forced to endure by past U.S. governments in Judea and Samaria have included capricious prohibitions that include not even being allowed to add a front porch, stairs or even a driveway to a privately-owned home, let alone raise a roof or add a badly-needed room or floor. Such prohibitions can, and have lasted years on end.

By the same token, the Trump Administration also seeks to minimize provocations that could raise the ire of America’s Arab allies, forcing them to defend the stance of Palestinian Authority elements at all costs, whether they believe it to be reasonable or not.

Somehow President Trump and Prime Minister Netanyahu are hoping to make their way through this field of landmines and create a peace plan acceptable to all sides; including the Arab nations who have spent more than half a century nurturing the alienation, hatred and rage of millions of their brethren, the so-called “refugees” who should long ago have become their citizens.

The Israeli prime minister didn’t want to waste a moment of time, sending his two top representatives even while he is otherwise engaged on a three-day state visit to China to mark Israel’s 25th anniversary of diplomatic relations with that nation. Israel is expected to sign many new joint agreements with officials there; five government ministers and 19 top business leaders have accompanied the prime minister and his wife on the trip. 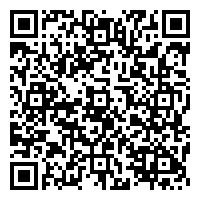