Prime Minister Benjamin Netanyahu said on Sunday that the pressure on Iran must be maintained and that there could be no return to the 2015 Joint Comprehensive Plan of Action (JCPOA) nuclear deal.


Israel carried out airstrikes in Syria on Wednesday against sites belonging to Iran’s Quds Force and the Syrian Army, after Israeli forces uncovered explosive devices planted near the border in the southern Golan Heights on Tuesday. According to the Israeli military, the roadside bombs were the work of the Quds Force’s Unit 840.

The airstrikes were the latest in a long series of similar attacks on Iranian forces in Syria that have been attributed to Israel.

Iran said on Sunday that its response to any attempts to disrupt its “advisory presence” in Syria would be “crushing.”

Netanyahu said on Sunday that it was thanks to Israel’s determined stand against Iran’s pursuit of nuclear weapons and the JCPOA that many Arab countries had “fundamentally changed their approach” to the Jewish state.

“There can be no going back to the previous nuclear agreement,” he added. “We must stick to an uncompromising policy to ensure that Iran does not develop nuclear weapons and stops its aggressive behavior, including its support for terrorism.”

President-elect Joe Biden has promised to rejoin the JCPOA, from which U.S. President Donald Trump withdrew in 2018, on the condition that Iran returns to compliance with it. 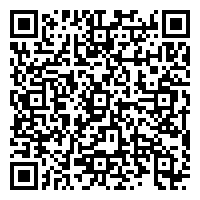