Prime Minister Netanyahu made the following remarks at the start of the meeting:


“Ambassador Bolton, John, once again it’s a pleasure to welcome you to Jerusalem. Particularly since your visit comes after the historic decision by President Trump to recognize Jerusalem as Israel’s capital, to move the Embassy here.

As I mentioned last night we’ve known each other for many decades and you’ve been a consistent champion of our alliance in and out of government.

It’s a wonderful alliance and Israel believes that it has no greater friend and ally than the United States and I believe that the United States has no greater friend and ally than Israel. It’s a peculiar kind of ally. We’ve consistently increased our defense spending. We insist on defending ourselves by ourselves and appreciate all manner of American support, but we believe that the alliance is the alliance of the strong and like-minded and we share America’s values of freedom and liberty.

Under President Trump, that alliance has grown stronger than it’s ever been and your visit here gives us an opportunity to make it even stronger, and to align our policies even more closely on Iran, on Syria, on Gaza and on the many challenges that face both our countries in this region.

We had a wonderful discussion last night. And today we’ll have the opportunity to continue and expand on many fields with you and your delegation.

I know, John, you have a lot on your plate, so let me say how much I appreciate the fact that you’re dedicating three days of meetings and discussions to your visit to Israel. That’s no small matter. Second, I want to use this opportunity once again, to thank President Trump for walking away from the terrible deal with Iran. The nuclear deal did not block Iran’s path to the bomb – it paved Iran’s path to an entire nuclear arsenal. And by removing the sanctions, it enabled Iran to bring in billions and billions of dollars to its coffers, which only fueled Iran’s war machine – in Syria, in Lebanon, in Yemen, and elsewhere.

I believe that the President’s decision to leave the disastrous Iran deal was nothing less than a hinge of history. And Israel applauds the Trump administration’s determination to re-impose tough sanctions on Iran and those doing business with Iran. I know that view is shared by all our Arab neighbors, or practically everyone in this region. And I frankly believe that all countries who care about peace and security in the Middle East should follow America’s lead and ratchet up the pressure on Iran. Because the greater the pressure on Iran, the greater the chance that the regime will roll back its aggression. And everybody should join this effort.

Ambassador Bolton, Israel is also grateful for the Trump administration’s unequivocal support for Israel in international forums, and on international issues. We hear it every day, on the podiums in the White House, in the State Department, at the United Nations. This is deeply, deeply appreciated, and deeply valued.

We appreciate as well the continued American commitment to maintaining Israel’s qualitative military edge, which enables us to defend ourselves by ourselves against any threat.

I look forward to our discussion, and I know that this visit will materially enhance the great alliance between our two nations, which serves the greatest interest and the best interest of both our peoples. Welcome to Jerusalem.” 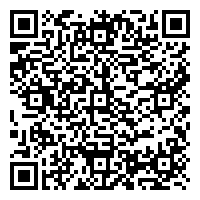