The European Union and the New Israel Fund continue to intervene in Israel’s internal as well as foreign affairs, through the services of an Israeli leftwing NGO which exploits the legal system, among other things, to torpedo the planned transfer of the US embassy from Tel Aviv to Jerusalem, Mida reported Sunday.

The extreme leftist NGO is Ir Amim, which is supported by both the EU and the NIF, and has petitioned the High Court of Justice demanding that preparations for the embassy move be stopped.


According to the latest figures offered by NGO Monitor, between 2012-2017, Ir Amim received $3 million from donors that included the European Union, Sweden, Switzerland, Canada, Denmark, the Netherlands, Norway, Germany, Social Justice Fund, Open Society Institute, and the Jewish Funders Network. In 2008-2016, the NIF authorized grants worth $1.8 million to Ir Amim.

Last week, the high court ruled against issuing an interim injunction as requested by the petition, and the embassy construction work is proceeding as usual. However, the state is scheduled to give submit its response to the same petition later this week and the court will debate the case on May 7.

Justice Noam Solberg, who ruled on the petition last week, did note in his decision that the chances of the petition moving any further than receiving a hearing are low.

The inauguration ceremony of the new embassy in Israel’s eternal capital is scheduled for May 15, as part of Israel’s 70th Independence Day celebrations. Ir Amim is trying to prevent the celebrations, because, they insist, the only framework in which they would accept the US embassy move to western Jerusalem is if another US embassy is established in the capital of a Palestinian State in eastern Jerusalem, or Al-Quds, as Attorney for the petitioner Oshrat Maimon told the court, adding that the transfer of the embassy to the capital at the present time is “a destructive, aggressive and one-sided step.”

The same NGO also opposed President Trump’s declaration of Jerusalem as the capital of Israel, claiming that “the city is home to both peoples and their future capital.”

Ir Amim used a one-two punch strategy to try to thwarting the embassy move: while petitioning the High Court of Justice demanding that the construction of the embassy building in the Arnona neighborhood be stopped, members of the NGO also appealed to the National Council for Planning and Building against granting an exemption from a building permit to the embassy.

The high court petition presented an affidavit from 20 residents of Arnona who complain that the embassy building would be an ugly addition to their neighborhood, and would alter the area’s wind system. The same petition also advances the argument that there is no “urgency” in the transfer of the embassy, ​​and therefore the state was not authorized to exercise its authority to expedite the work to meet the deadline for inaugurating the embassy – in less than a month. 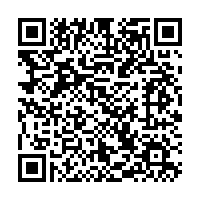