Global anti-Semitism is continuing to rise, with incidents taking place around the world this past week on at least three separate continents.

In Sydney, Australia, 20 swastikas were spray painted on the murals around Bondi Beach – a community that is home to a large, upscale Jewish neighborhood.

Authorities quoted by The Australian said it was believed the swastikas were spray-painted Saturday night on a wall the runs along Bondi Beach promenade and also at a Bondi Junction shopping center.

One section of the mural wall, which featured an original Aboriginal art work, was defaced with some 20 swastikas. Three more were found at the nearby shopping center.

There was a 60 percent rise in anti-Semitic incidents across Australia in 2018, as compared with 2017, according to a report by the Executive Council of Australian Jewry published last November. NSW reported 166 out of 366 recorded incidents in the Report on Anti-Semitism in Australia.

On the European continent, nearly 70 grave markers have been vandalized in northern Britain at Manchester’s Urmston Jewish Cemetery. The damage was estimated at some $64,000 (up to 50,000 British Pounds Sterling), according to the Manchester Evening News.

The vandalism, which occurred three times in the past six weeks, continued into this past weekend, according to the report. Police are investigating the attacks as hate crimes.

The cemetery has been attacked by anti-Semites before: in May and June 2018 about 70 headstones were targeted, including at least 38 that were pushed over and smashed in a similar attack, also treated by police as a hate crime. In that incident, the cemetery was targeted three times in six weeks, causing about $128,000 (100,000 British Pounds Sterling) in damage. About 30 headstones were vandalized on May 7 and 14, 2018; the larger attack took place on June 10, 2018.

In the historic Ile Saint-Louis district of Paris, France, the store window of the Bagelstein restaurant in the 6th arrondissement was slathered with the word “Juden” in yellow paint overnight. The word means “Jews” in German.

“We discovered the tag on Saturday morning and it was probably done on Friday night into Saturday,” Gilles Abecassis, co-founder of the chain, told the AFP news agency on Sunday. The color of the paint is significant, he added, given the color of the armbands the Nazis forced Jews to wear in France.
3 Anti-Semitic Attacks on 3 Continents as Anti-Semitism Rises Worldwide
Last year there was a 69 percent rise in anti-Semitic attacks in France, according to Israel’s Global Report on Anti-Semitism.

In the United States, in the Crown Heights section of Brooklyn New York, once again a Jewish man was targeted in an attempted attack on Friday afternoon. The would-be victim “was approached by an intoxicated individual yelling “F** you Jews.”” He then “attempted to lunge his body into the Jewish male, but missed him,” explained Rabbi Yaacov Behrman, head of the Crown Heights-based Jewish Future Alliance organization.

The suspect was arrested on charges of aggravated harassment and menacing, Behrman said. “The Hate Crimes Task Force will be investigating,” he added. “Thank you NYPD 71st Precinct for being out there in the cold, keeping a visible presence in Crown Heights this week.”

Since last October, there have been more than 15 anti-Semitic attacks on Jews in Crown Heights alone. 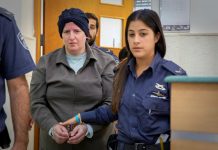 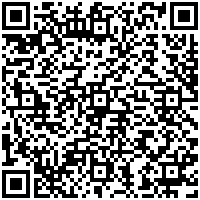