EL AL Airlines has for the first time ever canceled a direct flight from New York to Israel due to the COVID-19 coronavirus.

Flight LY26 was scheduled to depart Newark Airport in New Jersey on Monday evening at 9 pm and arrive in Ben Gurion International Airport at 1:10 pm Tuesday, but was canceled, according to a report posted by The Jerusalem Post.

No decision has yet been made on travel restrictions for passengers entering from the United States, Prime Minister Benjamin Netanyahu said in a briefing Sunday evening at his office in Jerusalem.

He began the news conference by thanking both President Donald Trump and Vice President Mike Pence for their “extraordinary cooperation” with Israel. “They have perhaps the finest people in the world dealing with this,” he said. “Sandra Berks, who we spoke to today, the heads of the CDC – these are exceptional people. We can learn a lot from them.

“We deeply appreciate the opportunity to cooperate, especially on the technological solutions for widespread screening and perhaps to get – as soon as we can – to home screening. I think this will change the situation, not only for the United States and Israel, but for the world.”

But journalists quickly refocused the briefing on whether there would be restrictions on travel from the United States to Israel.

“If we take more steps, they will be applied to travelers from all countries,” the prime minister said.

“We are not talking about closing our gates; we are talking about quarantine for those who come from abroad,” he said,” in response to a question about whether Israel would restrict travel from the United States.

Netanyahu added, however, that Washington officials understand the steps that Israel is taking.

“This is not an easy decision,” he noted. “Health is first. It ensures the economy.”

The prime minister, Health Minister Yaakov Litzman, the head of the ministry and other relevant officials said they planned to continue their meeting into the evening hours and return to the table again on Monday in order to make the decision on what has to be done next — on travel restrictions, and on other measures within the country as well. 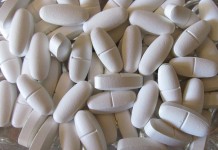 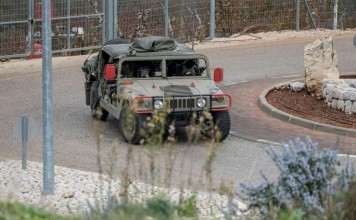 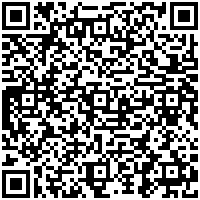