A Brooklyn Chabad-Lubavitch Torah learning center and synagogue was broken into and robbed early Sunday morning (April 16) and the gabbai (beadle) who reportedly lived in the building was severely beaten.

Beis Medresh Beis Menachem Mendel in the Midwood section of Brooklyn was immediately cordoned off by New York City police after the gabbai was found by worshipers arriving for morning prayers, conscious but badly beaten, on the floor of the Torah center at 7:30 am EDT. The victim was taken to Maimonides Medical Center in Brooklyn.


The perpetrators appeared to have climbed a stepladder on the side of the house, and broken into the building through a window.

Although cash and valuables were taken, the holy Torah scroll was not, local sources told JewishPress.com. It is believed the break-in took place at around 5:30 am, and police are allegedly seeking three suspects. The motive for the incident is not known. 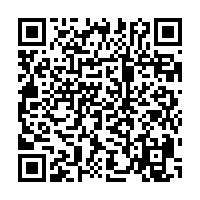