Israel’s Ambassador to the United Nations Danny Danon has officially asked the United Nations Security Council and UN Secretary-General António Guterres to put an end to the Palestinian Authority’s ‘pay to slay’ policy of paying monthly salaries to convicted terrorists.

Danon slammed the open encouragement of incitement to violence and terrorist attacks by the Palestinian Authority government in a news briefing on Thursday, held at the United Nations in New York City.


Danon told journalists that the Palestinian Authority under the leadership of Mahmoud Abbas paid $1 billion to convicted terrorists over the past decade; more than $300 million per year.

“A terrorist murders civilians,” Danon said. “He’s sentenced and then jailed… and then, he’s eligible for monthly payments by the PA that are five times higher than the average salary in the PA.”

As an example, Danon reviewed the case of Ezra Schwartz, a teenager who was murdered by an Arab terrorist while visiting Israel.

“On November 19th, 2015 Ezra was on his way back from a field trip with his schoolmates when he was shot and killed along with two others by Mohammed Abdel Basset al-Kharoub another Palestinian terrorist.

“Al-Kharoub was arrested, tried and convicted and is now serving four life sentences in prison. The Palestinian Authority pays al-Kharoub over 3,000 dollars a month.

“That’s 40,000 dollars a year for killing an innocent American!”

“This is all part of an organized system by the PA which glorifies terrorists and encourages terrorism. These payments are mandated by their laws,” he said.

Danon pointed out that the message to Palestinian Authority youth is a simple one.

“Mahmoud Abbas is telling them that there is a simple equation. Kill innocent people and you and your family will be paid for the rest of your life.”

The math isn’t hard either.

“In 2016, the PA dedicated almost $130 million of its budget to paying imprisoned terrorist. They spent another $175 million in allowances to the families of so-called martyrs. Altogether, the PA paid more than $300 million directly in support of terrorist every single year.

“This equals about seven percent of the PA budget and it is almost 30 percent of the foreign aid donated by the international community,” Danon said.

“We will lead these efforts until the international community understands that it is absurd to condemn terror, while at the same time paying terrorists!

“It’s time for the UN, the Security Council, and the entire international community, to finally tell Abbas that enough is enough.

“Stop pledging to work towards peace while supporting terrorism and encouraging the next generations of terrorists.” 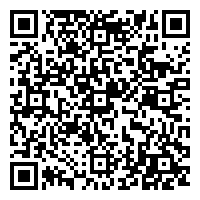