Apparently Jewish – and Arab – blood is not nearly as precious to most international leaders as that of Europeans and Americans.

A 23-year-old Border Guard Policewoman was stabbed to death in cold blood – stabbed to death while standing guard near the Damascus Gate entrance to the Old City of Jerusalem – by a terrorist with the Popular Front for the Liberation of Palestine (PFLP), a faction belonging to the Palestine Liberation Organization (PLO), headed by Palestinian Authority leader Mahmoud Abbas. Nearby, two other PFLP terrorists armed with knives and homemade Carl Gustav automatic assault rifles attacked other police officers and people at nearby Zedekiah’s Cave. A police officer, two Arab bystanders and a woman were hurt – two of them moderately, and two in fair to good condition – all of them rushed to Sha’are Zedek Medical Center.


When terrorist attacks are carried out in European capitals in the world, or in major American cities, it takes less than a day – sometimes less than an hour – for worldwide reactions to begin rolling in. But not so this weekend after the bloody terrorist attacks took the life of 23-year-old Hadas Malka, z’l and wounded a police officer, two Arabs and sent a woman into shock, just as the Jewish Sabbath was starting, and the golden light of Jerusalem was just starting to fade.

Nothing but a deafening silence has echoed from the hallowed halls of the White House in Washington DC and Capitol Hill. Ditto for the European Union, which so often rushes to condemn attacks and express its “solidarity” in the “fight against terror” when it affects a member state on the continent. Not a word from Paris, London, Brussels, Berlin … all places that have themselves been victimized by bloodthirsty terrorism, and in each case, received the instant, expressed support of the Netanyahu government.

At least two prominent people have had the decency to speak out, however. United Nations Special Coordinator for Middle East Peace Process Nickolay Mladenov, and Donald J. Trump Jr. both posted their condemnations Saturday on Twitter.

The younger Trump called out the British Broadcasting Corporation (BBC) for its grossly misleading tweet that essentially chastised the victim for having had the bad taste for being the cause of Israeli police shooting her killers. Prime Minister Benjamin Netanyahu himself also became personally involved in castigating the BBC over the incredibly biased coverage: “Three Palestinians killed after deadly stabbing in Jerusalem.” Donald Jr. didn’t hesitate to slam the BBC in response:

So nice of @BBC to take down their ridiculous tweet from this morn. If they didn't flagrantly mislead they wouldn't have to be called out. pic.twitter.com/hGvy3ZuiYb

In a follow-up tweet, he continued, “Need a new term for this nonsense. Sort of the opposite of victim blaming. How about Culprit Coddling? Maybe Criminal Cozying? Thoughts???”

Kudos, at least, to United Nations Special Coordinator Nickolay E. Mladenov, who tweeted his disgust over praise by Hamas for the attackers.

“Despicable that Hamas glorifies the perpetrators.”

Mladenov said in a statement on Saturday, “I condemn yesterday’s shooting and stabbing attack by Palestinian assailants in the vicinity of the Old City of Jerusalem in which one Israeli Border Police officer was killed and at least four others, including civilians, were injured.

“My thoughts and prayers are with the families of the victims, and I wish a speedy recovery to the injured.

“Such terrorist acts must be clearly condemned by all,” Mladenov said. “I am appalled that once again some find it appropriate to justify such attacks as “heroic.” They are unacceptable and seek to drag everyone into a new cycle of violence.”

They should indeed be condemned by all — and how very odd that no one has said a blessed word. Silence implies support. One wonders, however, whether these very quiet world leaders would have reacted the same had the terrorists been Israeli Jews, and the attack taken place in Ramallah. 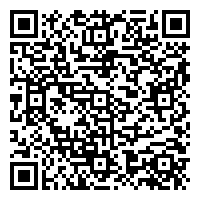