If things continue this way, the New York Times may decide to recall its ambassador to Israel in protest of the Israeli voters decision to choose Likud’s Benjamin Netanyahu to forge the next coalition government, against the expressed preference of the Times, Lieutenant General Benny Gantz. It was probably the most arrogant and infuriating editorial in 70 years, under the condescending headline, “He ran an ugly, nationalist campaign. Can he be the leader of all of Israel?”

The reason the Times folks are so upset has to do with what they believe should be the highest concern of every Israeli: “Mr. Netanyahu has set a course that could end Palestinian chances for statehood,” because, naturally, Israelis wake up each morning wondering, why haven’t we agreed on a Palestinian state yet?


The Israeli voters made a terrible mistake by electing Netanyahu to a fifth term, because their choice has set a course that could “threaten Israel’s democratic character” (being the only country in the Middle East where Arabs can vote freely for their representatives in the parliament), “and deepen the alienation between its right-wing coalition government and a majority of American Jews.”

So much sympathy, so little time… The Times editorial board laments the fact that “it’s far more likely [Netanyahu] will stitch together a coalition that depends on ultra-Orthodox and ultranationalist parties, driving the government further to the right and worsening the country’s political divide.”

So, according to the Times, by forging a coalition representing 54% of the country, Netanyahu would worsen the divide? Does it mean that, had he joined forces with Gantz in a 70-seat coalition, over the heads of the Haredi and religious Zionists, he would have mended the divide?

As usual, Americans of all stripes, but mostly the American left, are wondering why those people in foreign countries can’t be more like us…

The other thing Netanyahu did which upset the Times and apparently threatened its continued support for the Jewish State, was the Otzma thing. “In a desperate bid to secure re-election, Mr. Netanyahu publicly aligned with a tiny party, Otzma Yehudit, or Jewish Power, led by followers of the extreme nationalist Meir Kahane.”

For one thing, Netanyahu didn’t “align with” Otzma. He pushed, relentlessly, for the Rightwing Union, his natural coalition partner, to avoid wasting the estimated 300,000 Otzma votes which would still not be enough to take it past the 3.25% threshold, by integrating the party into their ranks. So? Do we discard the opinion of 300,000 voters (which, in the case of Jewish voters comes to 900,000 opinions) because the Times hates their assassinated leader?

But wait, there’s the slippery slope:

“Once Mr. Netanyahu crossed this line, perhaps it should not have been surprising that days before the voting he went even further and said he would begin effectively annexing parts of the West Bank that are expected to be incorporated in any Palestinian state.”

How dare he? Doesn’t he know that we at the Times support the two-state solution?

Of course, the Times misunderstood what Netanyahu said, possibly because their ambassador to Israel David Halbfinger either misunderstood the Hebrew term ribonut (sovereignty) to mean annexation. It doesn’t. Netanyahu was discussing imposing Israeli law on the settlements – a far cry from actually annexing them.

And so, according to the Times, “Under Mr. Netanyahu, Israel is on a trajectory to become what critics say will be an apartheid state like the former South Africa — a country in which Palestinians will eventually be a majority, but without the rights of citizens. That’s not good for Israel, nor for the United States.”

It’s amazing how the American left does not bother to update its 1995 figures regarding demographics – the trend is of Jewish and Arab birthrate numbers to remain about even. They also ignore the growing disenchantment of rank and file Arabs in the PA and Gaza with their terrorist oppressors – to the point where they even risk arrest and torture when they rally against them openly, in the streets. And, of course, the apartheid thing they throw about as the only possible outcome, ignoring the reality of Israel being the only lawful democracy between Japan and Morocco.

If ignoring the tantrum fits of the New York Times will inevitably “deepen the alienation between [Israel’s] right-wing coalition government and a majority of American Jews,” I say, take the chance. 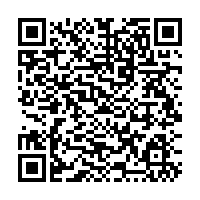