As we saw in Parshat Tazria, the Sages identify tzara’at – the condition that affects human skin, the fabric of garments, and the walls of a house – not as an illness but as a punishment, and not for any sin but for one specific sin, that of lashon hara, evil speech.

This prompts the obvious question: Why evil speech and not some other sin? Why should speaking be worse than, say, physical violence? There is an old English saying: “Sticks and stones may break my bones/but words will never harm me.” It is unpleasant to hear bad things said about you, but surely no more than that.

There is not even a direct prohibition against evil speech in the Torah. There is a prohibition against gossip: “Do not go around as a gossiper among your people” (Lev. 19:16). Lashon hara is a subset of this larger command. Here is how Maimonides (Hilchot De’ot 7:2) defines it: “There is a far greater sin that falls under this prohibition [of gossip]. It is ‘the evil tongue,’ which refers to whoever speaks disparagingly of his fellow, even though he speaks the truth.”

The Sages go to remarkable lengths to emphasize its seriousness. It is, they say, as bad as all three cardinal sins together – idol worship, bloodshed, and illicit sexual relations. Whoever speaks with an evil tongue, they say, is as if he denied G-d. They also say: it is forbidden to dwell in the vicinity of any of those with an evil tongue, and all the more to sit with them and to listen to their words.

Why are mere words treated with such seriousness in Judaism?

The answer touches on one of the most basic principles of Jewish belief. There are ancient cultures who worshipped the gods because they saw them as powers: lightning, thunder, the rain and sun, the sea and ocean that epitomized the forces of chaos, and sometimes wild animals that represented danger and fear. Judaism was not a religion that worshipped power, despite the fact that G-d is more powerful than any pagan deity.

Judaism, like other religions, has holy places, holy people, sacred times, and consecrated rituals. What made Judaism different, however, is that it is supremely a religion of holy words. With words G-d created the universe: “And G-d said, Let there be… and there was.” Through words He communicated with humankind. In Judaism, language itself is holy. That is why lashon hara, the use of language to harm, is not merely a minor offence. It involves taking something that is holy and using it for purposes that are unholy. It is a kind of desecration.

After creating the universe, G-d’s first gift to the first man was the power to use words to name the animals, and thus to use language to classify. This was the start of the intellectual process that is the distinguishing mark of Homo sapiens. The Targum translates the phrase, “And man became a living creature” (Gen. 2:7) as “a speaking spirit.” Evolutionary biologists nowadays take the view that it was the demands of language and the advantage this gave humans over every other life form that led to the massive expansion of the human brain.

When G-d sought to halt the plan of the people of Babel to build a tower that would reach heaven, He merely “confused their language” so they were unable to communicate. Language remains basic to the existence of human groups. It was the rise of nationalism in the nineteenth century that led to the gradual downplaying of regional dialects in favor of a single shared language across the territory over which a political authority had sovereignty.

To this day, differences of language, where they exist within a single nation, are the source of ongoing political and social friction, for example between English and French speakers in Canada; Dutch, French, German, and Walloon speakers in Belgium; and the Spanish and Basque (also known as Euskara) languages in Spain. G-d created the natural universe with words. We create – and sometimes destroy – the social universe with words.

So the first principle of language in Judaism is that it is creative. We create worlds with words. The second principle is no less fundamental. Abrahamic monotheism introduced into the world the idea of a G-d who transcends the universe, and who therefore cannot be identified with any phenomenon within the universe. G-d is invisible. Hence in Judaism all religious images and icons are a sign of idolatry.

How then does an invisible G-d reveal Himself? Revelation was not a problem for polytheism. The pagans saw gods in the panoply of nature that surrounds us, making us feel small in its vastness and powerless in the face of its fury. A G-d who cannot be seen or even represented in images demands an altogether different kind of religious sensibility. Where can such a G-d be found?

The answer again is: in words. G-d spoke. He spoke to Adam, Noach, Avraham, Moshe.

At the revelation at Mount Sinai, as Moshe reminded Bnei Yisrael, “The L-rd spoke to you out of the fire. You heard the sound of words but saw no form; there was only a voice” (Deut. 4:12).

In Judaism, words are the vehicle of revelation. The prophet is the man or woman who hears and speaks the word of G-d. That was the phenomenon that neither Spinoza nor Einstein could understand. They could accept the idea of a G-d who created heaven and earth, the force of forces and cause of causes, the originator of, as we call it nowadays, the Big Bang, the G-d who was the architect of matter and the composer of order. G-d, Einstein famously said, “does not play dice with the universe.” Indeed, it is ultimately faith in the universe as the product of a single creative intelligence that underlies the scientific mindset from the outset.

Judaism calls this aspect of G-d “Elokim.” But we believe in another aspect of G-d also, which we call “Hashem,” the G-d of relationship – and relationship exists by virtue of speech. For it is speech that allows us to communicate with others and share with them our fears, hopes, loves, plans, feelings, and intentions. Speech allows us to convey our inwardness to others. It is at the very heart of the human bond. A G-d who could create universes but not speak or listen would be an impersonal god – a god incapable of understanding what makes us human. Worshipping such a god would be like bowing down to the sun or to a giant computer. We might care about it but it could not care about us. That is not the G-d of Avraham.

Words are remarkable in another way as well. We can use language not just to describe or assert. We can use it to create new moral facts. The Oxford philosopher J. L. Austin called this special use of language “performative utterance.” The classic example is making a promise. When I make a promise, I create an obligation that did not exist before. Nietzsche believed that the ability to make a promise was the birth of morality and human responsibility.

Hence the idea at the heart of Judaism: brit, covenant, which is nothing other than a mutually binding promise between G-d and human beings. What defines the special relationship between the Jewish people and G-d is not that He brought them from slavery to freedom. He did that, says the prophet Amos, to other people as well: “Did I not bring Israel up from Egypt, the Philistines from Caphtor, and the Arameans from Kir?” (Amos 9:7). It is the fact that at Sinai, G-d and Israel entered into a mutual pledge that linked them in an everlasting bond.

Covenant is the word that joins heaven and earth, the word spoken, the word heard, the word affirmed and honored in trust. For that reason, Jews were able to survive exile. They may have lost their home, their land, their power, their freedom, but they still had G-d’s word, the word He said He would never break or rescind. The Torah, in the most profound sense, is the word of G-d, and Judaism is the religion of holy words.

It follows that to misuse or abuse language to sow suspicion and dissension is not just destructive. It is sacrilege. It takes something holy, the human ability to communicate and thus join soul to soul, and use it for the lowest of purposes, to divide soul from soul and destroy the trust on which non-coercive relationships depend.

That, according to the Sages, is why the speaker of lashon hara was smitten by leprosy and forced to live as a pariah outside the camp. The punishment was measure for measure:

What is special about the person afflicted with tzara’at that the Torah says, “He shall live alone; he must live outside the camp” (Lev. 13:46)? The Holy One, Blessed Be He, said, “Since this person sought to create division between man and wife, or a person and his neighbor, [he is punished by being divided from the community], which is why it says, ‘Let him live alone, outside the camp.’”

Language, in Judaism, is the basis of creation, revelation, and the moral life. It is the air we breathe as social beings. Hence the statement in Proverbs (18:21), “Death and life are in the power of the tongue.” Likewise, the verse in Psalms, “Whoever of you loves life and desires to see many good days, keep your tongue from evil and your lips from telling lies” (Ps. 34:13–14).

Judaism emerged as an answer to a series of questions: How can finite human beings be connected to an infinite G-d? How can they be connected to one another? How can there be co-operation, collaboration, collective action, families, communities, and a nation, without the coercive use of power? How can we form relationships of trust? How can we redeem the human person from his or her solitude? How can we create collective liberty such that my freedom is not bought at the cost of yours?

The answer is: through words, words that communicate, words that bind, words that honor the Divine Other and the human other. Lashon hara, “evil speech,” by poisoning language, destroys the very basis of the Judaic vision. When we speak disparagingly of others, we diminish them, we diminish ourselves, and we damage the very ecology of freedom.

That is why the Sages take lashon hara so seriously, why they regard it as the gravest of sins, and why they believe that the entire phenomenon of tzara’at, leprosy in people, mildew in clothes and houses, was G-d’s way of making it public and stigmatized.

Goldstein on Gelt: Handling a Bond Portfolio when Rates are Low and Corona Still Lurks 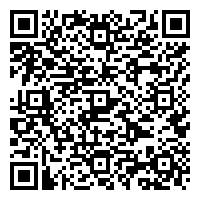