The military court in Ofer at noon Tuesday sentenced to life in prison Khalil Yusef Ali Jabarin, the Arab terrorist who murdered Ari Fuld Hy’d in the parking lot of the Rami Levy shopping center in Gush Etzion, south of Jerusalem.

The court also granted the Fuld family a monetary award of NIS 1.25 million.


Ari Fuld was murdered on September 16, 2018, just days before Yom Kippur, at age 45. The terrorist came up behind Ari and stabbed him in the back. Despite his fatal wounds, Ari managed to chase down the terrorist, and then shot and wounded him before he could harm anyone else. After stopping the terrorist, Ari succumbed to his injuries.

Outside the courtroom, Ari’s widow, Miriam, said, “Ari is our hero. He learned to defend the Land of Israel and the people of Israel on social media, in reserve duty and in hasbara, and we expect the court to protect him the way he protected the Land of Israel. Only life imprisonment is a worthy punishment to such a despicable act.”

Ari’s brother, Eitan Fuld, said that “under proper circumstances this man would have been sentenced to death. The minimum of the minimum is that he will never again see the light of day. This man has destroyed a family and must sit behind bars until the end of his life.”

Eitan Fuld also referred to the freezing of the order that imposed sanctions on Palestinian banks that transfer salaries to terrorists, and said that “the reality in which money is transferred to despicable terrorists should be put to an end.”

During the court sessions it was revealed that Jabarin first went to the Ziv Junction, then the Cave of the Patriarchs in Hebron, and then to a spot then near Bethlehem, in search of Jewish victims. He finally headed over to the Gush Etzion junction, where he found Ari who was shopping for the coming Yom Kippur holiday.

Ari was posthumously awarded the Medal of Distinction for his actions, the third-highest award that can be granted by the Israel Police. 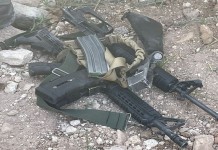 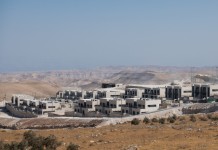 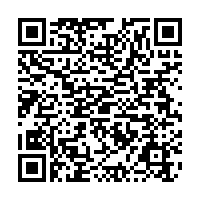