Unclaimed or indigent people who died from the coronavirus in New York City are interred at Hart Island, the city’s potter’s field.

?Awful…victims from #coronavirus in #NY are being buried in a mass grave off the coast of the Bronx. For over a century, the island has served as a potter’s field for deceased with no known next of kin or families unable to pay for funerals.#COVID19
pic.twitter.com/DMfhdvr5G2


Drone footage taken by The Hart Island Project last Thursday shows inmates in hazmat suits burying coffins on the island, which is located at the western end of Long Island Sound, in the northeast Bronx, New York City.

COVID-19 burials on Hart Island from Melinda Hunt on Vimeo.

According to The Hart Island Project, bulldozers dig up the mass graves and the inmates rake dirt over the coffins. Normally, about 25 coffins are buried in this potter’s field each week, but now this number has increased to 72. 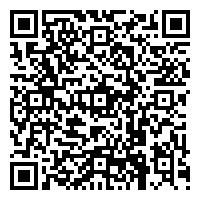