Beer, who is on a visit to the US, contracted pneumonia following a coronavirus infection during Purim services in a Miami synagogue. He is hospitalized with pneumonia and acute respiratory failure at University Hospital in Miami, Florida, and his situation is improving. He is still weak after emerging from the coma, but is reportedly speaking with his doctors.

He will speak to his family later on Friday.

His wife Gitty and their children once again thank everyone for their prayers, caring, and devotion. They also ask that people continue to pray for the recovery of Eliezer Yehuda Ben Haya.

Just before going under the induced coma, Beer expressed his hope that Health Minister Yaakov Litzman (United Torah Judaism) not be re-appointed in the next government. He described Litzman as a vindictive man who is devoted to preventing United Hatzalah of Israel from operating in the country.

When Beer is well again, he will probably be asked to clarify his statement, especially since, several days later, when Litzman himself contracted the coronavirus after defying the Health Ministry’s guidelines on social distancing, anonymous Health Ministry employees described him in similar terms. 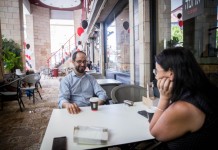 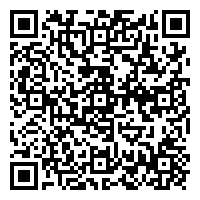