The political echelon in Israel in recent weeks instructed the IDF to prepare for a scenario of US action against Iran before the departure of President Donald Trump from the White House, Barak Ravid reported in Walla on Wednesday citing senior Israeli officials involved in the matter. The directive to the military was not based on intelligence reports or an assessment that the Trump administration would act against Iran, but more because of Israeli senior officials’ familiarity with the outgoing Trump administration’s state of mind ahead of President-elect Joe Biden’s January 20 inauguration.

Defense Minister Benny Gantz has spoken twice in the past two weeks with Acting Secretary of Defense Christopher Miller, who replaced Mark Asper who was fired by Trump a few days after the presidential election. According to the same senior Israeli officials, these talks also dealt with the Iranian issue, the situation in Syria, and the security memorandum of understanding between Israel and the United States.


The Israeli officials said they expected an advance warning should the Trump administration decide to act against Iran. However, due to the great uncertainty, the military has been instructed to prepare for such an attack, with the assumption that the Iranians would respond to a US attack with their own attack on Israel, using Hezbollah and the pro-Iranian militias in Syria.

According to the New York Times last week, Trump asked during an Oval Office meeting for an assessment of military options for a possible strike against Iranian nuclear facilities, specifically Iran’s central uranium enrichment facility in Natanz, to which Tehran responded with a threat of a “crushing response.” On Tuesday, Middle East Eye correspondent Suadad al-Salhy reported that Iranian officials, worried that Trump may “drag the region into an open war before leaving,” instructed their Iraqi allies to halt attacks on US troops and interests.

Trump was responding to an update from the International Atomic Energy Agency, which showed that Iran had significantly increased the amount of enriched uranium in its possession. According to the Times, Vice President Mike Pence, Secretary of State Mike Pompeo and other senior administration officials dissuaded the president from the move because it would lead to a regional escalation.

A few days after the report appeared in the New York Times, Secretary of State Pompeo visited Israel and the Gulf states. During the visit, officials in his entourage said that from the Trump administration’s point of view, “all options are still on the table” regarding Iran.

While Pompeo was in the Gulf, the United States Central Command (USCENTCOM) announced a surprise exercise in which Boeing B-52 Stratofortress bombers were launched. The B-52 bomber is capable of carrying up to 70,000 pounds of weapons and has a typical combat range of more than 8,800 miles without aerial refueling. The B-52 bombers are also capable of carrying the giant Bunker Buster bombs designed to penetrate hardened targets buried deep underground, such as Iran’s underground nuclear facilities.

The American bombers took off from the United States and flew directly to the US Air Force base in Qatar. The surprise exercise was accompanied by a statement from USCENTCOM that the exercise aimed to deter aggressive elements and to express support for the United States’ allies in the Middle East.

And that, boys and girls, is how you do a presidential exit… 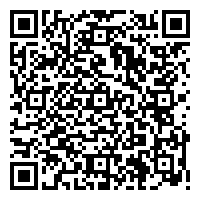