Japanese Prime Minister Shinzo Abe has recommended President Donald Trump for the Nobel Peace Prize, in response to a request from the US government, according to the Japanese newspaper Asahi on Sunday.

On Friday, Trump said that PM Abe had nominated him for the Nobel Peace Prize for his easing of tensions with North Korea. According to Trump, he received from Abe “the most beautiful copy” of the 5-page nomination letter.


Japan’s Foreign Ministry’s spokesman said in Tokyo that the ministry “would refrain from commenting on the interaction between the two leaders.”

The White House told Reuters it had no comment at the moment.

According to the Nobel Foundation, “a nomination for the Nobel Peace Prize may be submitted by any person who meets the nomination criteria. A letter of invitation to submit is not required. The names of the nominees and other information about the nominations cannot be revealed until 50 years later.”

There are 304 candidates for the Nobel Peace Prize for 2019 out of whom 219 are individuals and 85 are organizations.

Incidentally, this could mean excellent news for the folks living in Judea and Samaria settlements, as well as the Jews of eastern Jerusalem: should President Trump receive his Nobel prize, he may not be as eager to push his “deal of the century” on the Israeli government. 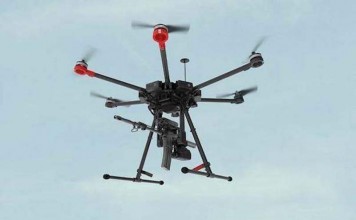