Two Jewish children from Lakewood, NJ, last Friday put on afro wigs, blackfaces, and hoodies with the words Black Lives Matter in the back; and two other Jewish kids also put on afro wigs and blackfaces, but with Dashiki robes, and went around the neighborhood spreading holiday cheer.

A local woman said she took pictures of the kids and posted them on Facebook. Ocean County NAACP President Fred Rush saw them. He was offended, for the obvious reason that when a black person sees a white kid in blackface it takes him back to a period in American history when just being black could cost you your life.


These Lakewood Hasidic Jews think it’s cute to dress up as Africans and paint their faces black and mock Black Lives Matter. This is absolutely disgusting! But they do whatever they want without consequences.

I can empathize. If I saw some gentile kids dressing up like some anti-Semitic nightmare character from Der Stürmer, my heart would also skip a beat.

Fred Rush was also taken aback by the obvious investment somebody had made in dressing up these children. “Listen, that took some effort. For you to have in dashikis, afro wigs and blackface, that took effort,” he told WNBC NY.

Yes, that’s another thing I imagine he did. He called the media on these kids.

He also talked to the children’s parents. “I just said this is offensive, and I would hope you would take the time to teach your kids because it’s offensive not only to me but to a lot of people,” he told WNBC NY. The parents said they understood, but it wasn’t clear if they rushed the kids home to change.

There was also an emergency meeting of the Lakewood school board. On Zoom. Michael Inzelbuch, the general counsel for the town of Lakewood, told the board that as a Jew, he understood why the children put on a costume for Purim, but he didn’t know if they lived in Lakewood. In any case, he wasn’t trying to excuse them. What they did was bad. “It’s unacceptable and we can’t have something, even if it’s just one, or two, or three or four (he meant children) – we can’t have something, it shouldn’t happen at all.”

The local NAACP President had the answer: “Teach your kids, let them know what they do today could be offensive to other people. That’s what I do with my kids,” he said.

He was absolutely right. He would have been even more right, I believe, if WNBC NY, WCBS, several newspapers both print and online were not called in to cover the story. Same with the emergency meeting of the local school board. It was four children, on Purim. He talked to the parents. It wasn’t enough.

The world had to know. 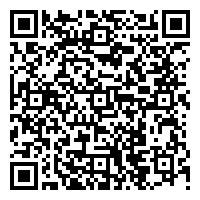