Qatar has signed a half a million dollar contract with PR firm Stonington Strategies to build bridges to the Jewish community in the US, according to O’dwyer’s Report.

Nicolas “Nick” Muzin, the Toronto-born Orthodox Jew, Yeshiva University graduate, Republican political strategist, attorney and physician who is the head of Stonington Strategies, in 2015 was the driving force behind a coalition of more than 50 groups, including tea party, evangelical and Jewish organizations, who opposed the US nuclear deal with Iran.


Muzin said in a statement that “engagement with Qatar can only be in the best interests of the United States and the Jewish community, as we cannot allow Qatar to be ostracized by its neighbors and pushed into Iran’s sphere of influence.”

In June 2017, Saudi Arabia, Bahrain, the United Arab Emirates, and Egypt cut off diplomatic relations with Qatar, accusing it of funding terrorism and manipulating the internal affairs of its neighboring states

The deal with Qatar was signed on the same week Israeli Prime Minister Benjamin Netanyahu decided to join the Middle East forces who ostracize Qatar, telling the staff at its Al-Jazeera news channel’s Jerusalem Bureau to turn in their press credentials and return to the desert from whence they came.

According to O’dwyer’s Report, Muzin will advise Qatar on how to improve ties with the US in general and with the Jewish community in particular. Stonington Strategies will explore for Qatar opportunities for political, cultural and economic cooperation with the US and Israel, in trade, real estate, job creation and technology.

Muzin attended Ner Israel Yeshiva High School in Toronto. After spending some post-high school time at the Talmudical Yeshiva of Philadelphia, he attended Yeshiva University, graduating in 1997. He then completed Albert Einstein College of Medicine on a full four-year scholarship in 2001. Following a year as an internal medicine intern, Muzin proceeded to Yale Law School, where he was a member of the Jewish leadership society Shabtai.

It should be noted that on Thursday, only a few days after the PR deal with Qatar was announced, President Donald Trump said he would be willing to mediate between Qatar and its Arab foes, predicting, Trump-fashion, that the two sides could reach a deal “very quickly.”

“I do believe we will solve it,” Trump told a White House news conference with the emir of Kuwait, Shiekh Sabah Al-Ahmed Al-Sabah, adding, “We will have something very quickly.” 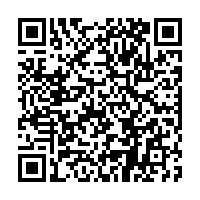