A Chassidic couple was ordered to get off a Fly Frontier airplane on Sunday because their 18 months-old baby was not wearing a facemask. In the video, tweeted by the Orthodox Jewish Public Affairs Council (OJPAC), the sound of applause is heard as the couple starts leaving—reportedly the flight staff were the ones applauding.

The airline denied the couple was asked to leave because their baby wasn’t wearing a mask, claiming instead that the couple was “members of a large group, including adults, [who] refused to wear masks.”

An Orthodox Jewish person spoke up in defense of the Hasidic couple. Then the whole family siblings and in-laws started leaving the plane at which point the @FlyFrontier ordered everyone off of the airplane. pic.twitter.com/N1OwqxFI3Q

However, the OJPAC video of the couple leaving Frontier Airlines flight F9-2878 that was scheduled to depart from Miami on the way to Newark, NJ, shows the entire family covered their faces other than the baby. Federal rules compel airline passengers two years and older to wear a facemask, unless they have a medical permit, or while eating and drinking. The Chassidic couple’s baby was apparently too young to be wearing a mask.

MORE VIDEO! Another passenger who was not part of the travel group and not in the same ethnic group as the victimized travelers is alleging that “they are saying some nasty things… I heard some nasty things being said…. They (@FlyFrontier staff) are making it worse.” pic.twitter.com/lP8T6JR5tw

When Orthodox passengers protested the airline staff’s order, the latter ordered everybody off the plane, and when raging passengers continued to complain back at the terminal gate, the flight was canceled.

Frontier Airlines is an American ultra low-cost carrier headquartered in Denver, Co. It is the eighth-largest commercial airline in the US, operating flights to more than 100 destinations in the United States and 31 international destinations, with a staff of more than 3,000.

In 2020, class-action lawsuits against Frontier were filed after the company refused to refund airfare for customers who could not travel during the COVID-19 pandemic – this after the company had accepted part of the $25 billion in US government funds to offset financial damage to the airline industry during the outbreak. 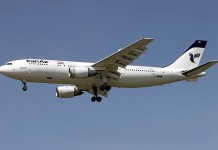 Report: Half of Iran’s Civilian Aircraft Grounded Due to Shortage of Spare Parts 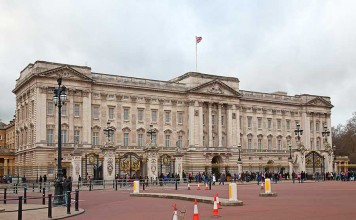