A former British commander of coalition forces warned in a broadcast interview Tuesday night that Russia appears to be threatening to start a war with the United States and her allies in retaliation for a missile attack on Syria.

Russia’s Ambassador to Lebanon, Alexander Zasypkin, warned Tuesday evening in an interview on Hezbollah-linked Al-Manar TV that any U.S. missiles fired at Syria will be shot down and their launch sites targeted.


Quoting a statement by Russian President Vladimir Putin, and Russia’s military chief of staff, Zasypkin said, “If there is a strike by the Americans … the missiles will be downed and even the launch platforms from which the missiles were fired.”

In response, a former British commander of the Joint Forces Command, General Sir Richard Barrons, warned in an interview with BBC Radio 4‘s ‘Today’ program, “I hope the ambassador has chosen his words very carefully because what he’s actually saying is, if the U.S. and allies decide to strike against Syrian chemical weapons and delivery aircraft, not only are they going to try and shoot down the missiles in flight – which they are capable of doing but won’t be with total success – but by saying the words, ‘launch platforms’ he’s saying they are going to try and sink ships, sink submarines and shoot aircraft out of the sky.

“I can confirm … that the deconfliction line at the CAOC (Combined Air Operations Center at Al Udeid Air Base in Qatar) remains in use and continues to offer a constructive mechanism with which to mitigate risk and miscalculation,” Pickart was quoted as saying.

Pickart added the deconfliction line linking Al Udeid and the Russian Hmeymim military base in Syria is still in daily use, despite the current tensions.

British Prime Minister Theresa May is holding back from committing forces to the effort, saying it remains necessary to confirm exactly what happened at Douma before taking action to “hold to account” those responsible, The Times reported. On Tuesday she chaired a meeting of the National Security Council, and spoke with U.S. President Donald Trump and French President Emmanuel Macron.

Meanwhile, Macron told reporters Wednesday, “We are continuing to exchange technical and strategic information with our allies in order to define our reaction, which will occur in the coming days. 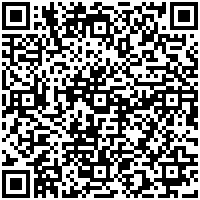