Yehudit Katsover and Nadia Matar, leaders of the Sovereignty Movement, on Saturday night sent out an email expressing their support for Prime Minister Naftali Bennett “in wake of his firm stance against the establishment of an American consulate for the Palestinian Authority in Jerusalem, as expressed today (Saturday night) at the joint press conference with Minister Yair Lapid, who expressed his support for this position, and Minister Avigdor Lieberman.”

At his press conference with Foreign Minister Yair Lapid and Finance Minister Avigdor Liberman, the PM responded to a question from the Hebrew press, which was followed by the same question from the foreign press regarding leaks from the Biden administration insisting that a second consulate, serving only PA Arabs, is a done deal. Bennett said that “there is no place for an American consulate that serves the Palestinians in Jerusalem,” adding that this message had been conveyed to the administration “both by myself and by Foreign Minister Yair Lapid.”

Making a point about the different styles of his and his predecessor when it came to disputes with the Americans, Bennett added: “We are expressing our position consistently, quietly and without drama, and I hope it is understood. Jerusalem is the capital of Israel alone.”

Lapid followed the PM, saying, “If the Americans want to open a consulate in Ramallah we have no problem with that,” but “sovereignty in Jerusalem belongs to one country — Israel.” Lapid continued: “It’s not a question of politics. It’s an Israeli objection in principle for opening a consulate in Jerusalem. There is an American embassy” – who needs two?

“The prime minister’s statement that Jerusalem is the exclusive capital of the Jewish people is completely accurate,” Katsover and Matar wrote, adding that “with these words, the prime minister has blocked a dangerous attempt to erode Israel’s sovereignty over the eternal capital of the Jewish people. Jerusalem stands above any political controversy. The entire nation of Israel stands united behind this clear position and throws its support behind the Israeli government’s resistance to pressure from the United States or any other party.”

According to WAFA, the PA Ministry of Foreign Affairs and Expatriates said on Sunday that the remarks by Bennett regarding settlements and the US Consulate in Jerusalem are a “critical test for the US administration of Joe Biden.”

“It is high time for the international community to take the lead in respecting its obligations and assume its legal and moral responsibilities towards the occupation and settlements, and to stop its miserable trust the Israeli government,” the PA Foreign Ministry said, stressing that Bennet’s remarks “officially confirm that the Israeli government is a government of settlements and settlers that is trying to preserve itself at the expense of the Palestinian rights.”

Oh, how we wish it were true… 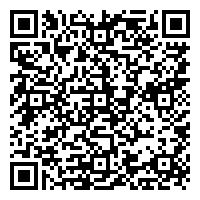