Secretary of State Rex Tillerson and National Security Director H. R. McMaster on Thursday held a press conference to review the sudden change in US policy regarding Syria, pinning the responsibility for the nerve gas attack against Syrian civilians on President Bashar al-Assad’s chief enabler, the Russian government.

“As you’re well aware, Bashar al-Assad has carried out chemical attacks this past week on civilians, including women and children, and carried out attacks […] last month, March 25th and 30th, in Hama province as well,” Secretary Tillerson said. “We have a very high level of confidence that the attacks were carried out by aircraft under the direction of the Bashar al-Assad regime, and we also have very high confidence that the attacks involved the use of sarin nerve gas. […] We have high confidence on that.”

Tillerson then blamed Russia for failing its responsibility to deliver on its 2013 commitment to force the Syrian regime to surrender their chemical weapons under Russian Government supervision. He reminded his audience that the US and Russian Governments had entered into agreements whereby “Russia would locate these weapons, they would secure the weapons, they would destroy the weapons, and that they would act as the guarantor that these weapons would no longer be present in Syria.”

Russian President Vladimir Putin for his part told Israeli Prime Minister Benjamin Netanyahu in a phone conversation Thursday that “it is unacceptable to bring accusations against anyone in connection with the Idlib chemical incident until an international investigation is conducted,” the Kremlin press service said in a statement.

“The parties exchanged views on the chemical incident that took place in Syria’s Idlib Governorate on April 4. Putin particularly stated that it was unacceptable to bring accusations against anyone until a thorough and impartial international investigation was conducted,” the statement reiterated.

But besides Russia’s clear failure to live up to its word, the Putin government, according to Tillerson, has been helping Assad normalize the use of chemical weapons, which means these weapons are likely to be adopted by others, in and out of the region.

“So it’s important that some action be taken on behalf of the international community to make clear that the use of chemical weapons continues to be a violation of international norms,” Tillerson asserted, adding that the US top priority is “to secure those weapons and not have them fall into the hands of those who would bring those weapons to our shores to harm American citizens.”

So there are a number of elements that, in our view, called for this action tonight, which we feel is appropriate. We feel the strike itself was proportional because it was targeted at the facility that delivered this most recent chemical weapons attack. And in carrying this out, we coordinated very carefully with our international partners in terms of communicating with them around the world, and I will tell you that the response from our allies as well – in Europe as well as in the region in the Middle East has been overwhelmingly supportive of the action we’ve taken.

NSA Director McMaster added that “it was important during the President’s deliberations and the deliberations with his leadership that we weighed, of course, the risk associated with any military action, we weighed that against –the risk of inaction, […] which is the risk of this continued, egregious, inhumane attacks on innocent civilians with chemical weapons.”

Secretary Tillerson said, responding to a press question, that the attack in Syria “clearly indicates the President is willing to take decisive action when called for. And I think in this particular case, the use of prohibited chemical weapons, which violates a number of international norms and violates existing agreements, called for this type of a response, which is a kinetic military response.”

However, the Secretary of State noted, “I would not in any way attempt to extrapolate that to a change in our policy or our posture relative to our military activities in Syria today. There’s been no change in that status.” 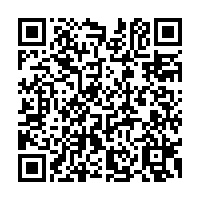