Turkish President Recep Tayyip Erdogan on Wednesday confirmed in a speech in the capital Ankara that the deal to buy S-400 missile systems from Russia had been finalized.

“I’m not saying that Turkey is buying S-400 systems, I’m saying that Turkey has already bought them, and this is a done deal,” Erdogan declared, adding that the Russian-made advanced missile systems “will be delivered next month.”

“We are not going to request anyone’s approval to satisfy our needs regarding the defense industry. Have we not requested the United States to sell defense systems to us? We did, but they said ‘no.’ We were told that the US Congress would never let this happen,” Erdogan turned his ire on Washington.

Erdogan was lying about the US refusing to sell him defense systems. All the way back in 2017, US officials offered to sell Turkey Patriot missile systems, and warned that the Russian S-400s would be incompatible with NATO systems and expose the F-35 to Russian meddling.

The Pentagon continues to be concerned that the S-400 would compromise the F-35 – most notably its stealth technology, whose main purpose is to evade the S-400 and similar systems.

In response to the Russian-Turkish deal, last week, Acting US Secretary of Defense Patrick Shanahan sent a letter to Turkish Defense Minister Hulusi Akar warning that the US is contemplating sanctions against Turkey under the Countering America’s Adversaries Through Sanctions Act (CAATSA), over the S-400 purchase, and put on hold the sale of F-35 fighter jets to the Turkish air force.

Last month, President Erdogan announced a diplomatic breakthrough with Washington, following a phone conversation with President Donald Trump, with the establishment of a joint committee that would examine and resolve the Americans’ security concerns regarding the S-400.

But now that the S-400 deal is signed, sealed and delivered, the Pentagon appears to have lost its patience.

According to Foreign Policy, Shanahan notified the Turkish defense minister that he is cutting Turkey out of the F-35 program for the time being, and ordered Turkish F-35 pilots who have been training in the US to leave the country by July 31. The US will also cut Turkish defense firms from the F-35 program, costing Ankara a significant source of revenue.

Considering the unique implementation of the F-35, which operates as part of a command team in the sky, controlling the horizon over a given target, not receiving these next-generation planes would mean, in effect, the ousting of the Turkish air force from future NATO training and, naturally, combat operations.

Erdogan may have finally switched sides. 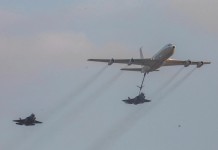 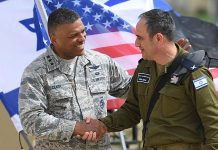