“Tikvah, the Zionist Voice at UC Berkeley, condemns every form of Anti-Semitism and expects that people be held accountable for their actions. Professor Hatem Bazian, a lecturer at UC Berkeley’s Ethnic Studies Department, has shown his true colors after retweeting a truly revolting, Anti-Semitic tweet…” the student group wrote in a Facebook post.

“It is unacceptable for a lecturer at a highly acclaimed and diverse university to be allowed to spew propaganda and discriminatory content, whether it is in the classroom or online. We are calling on the UC Berkeley to condemn Professor Bazian’s actions and hold him accountable for his Anti-Semitic behavior. We also expect a public apology and a pledge to attend sensitivity training by Professor Bazian.”

“We urge the university administration to adhere to the UC Regents Principles Against Intolerance, and strongly condemn this vicious hate,” said StandWith Us.

“While this incident is deeply disturbing, it is unfortunately not shocking. This professor has a long history of promoting hate, including as the co-founder of Students for Justice in Palestine (SJP)” Noa Raman, Pacific Northwest Campus Director for StandWithUs, continued.

“Now that he is sharing the kind of blatant anti-Semitism we usually see from alt right and far left extremists, it’s time for UC Berkeley administrators to stand up for their students and make a clear statement of condemnation.”

In past years Bazian has called for an “intifada” in America and trafficked in anti-Semitic tropes about Jewish power.

Bazian is also chairman of American Muslims for Palestine (AMP), which claims to be “the driving force behind activism for Palestine” in the United States and provides significant funding to various chapters of the international Students for Justice in Palestine (SJP) organization.

AMP’s leaders and speakers have been exposed for engaging in racism, homophobia, support for terrorism, and genocide denial, according to StandWithUs. 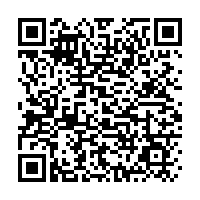