The American consulate in Jerusalem on Friday morning issued a statement suggesting Thursday evening’s meeting in Ramallah between Palestinian Authority Chairman Mahmoud Abbas and the US delegation led by President Trump’s son-in-law Jared Kushner “was fruitful and focused on how to start substantive talks for the Israeli-Palestinian peace.”

But there was no indication at all of a breakthrough or even any meaningful progress that emanated from Kushner et al’s separate meetings with Israeli Prime Minister Benjamin Netanyahu and Palestinian Authority Chairman Mahmoud Abbas.

The Us Consulate—rather than the US embassy in Tel Aviv—said the US-run talks are the best way to reach a comprehensive peace agreement.

Chairman Abbas’s spokesman Nabil Abu Rudeineh, issued his own statement, saying, “President Abbas’s meeting with the US delegation was constructive, deep and positive, and all issues of common interest were seriously addressed. It was agreed to continue the dialogue aimed at reaching a comprehensive and historic peace deal.”

“President Abbas reaffirmed Palestinian positions, especially the principle of the two-state solution within the 1967 borders and the cessation of all settlement activities, stressing the relevant resolutions of international legitimacy, the signed understandings, the road map plan and the Arab peace initiative,” Abu Rudeina said.

So, no progress whatsoever on any front at all. 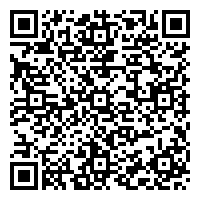