According to Ortagus, the three have assisted the Iranian regime in its efforts to undermine Lebanese sovereignty.


“These officials have exploited their positions to smuggle illicit goods into Lebanon, undermining Lebanese financial institutions to assist Hezbollah and to evade US sanctions against Hezbollah facilitators and financiers,” she said.

Ortagus noted that the designations “are a part of the United States effort to counter Hezbollah’s corrupting influence in Lebanon and to support Lebanon’s stability, prosperity, and sovereignty.”

She added that “the United States’ maximum pressure campaign against Iran and its proxies, Hezbollah chief among them, has already succeeded in limiting the financial support Hezbollah receives from the Iranian regime, the world’s leading state sponsor of terrorism. As a result, this designated terrorist organization has been forced to take unprecedented austerity measures. In March 2019, for the first time ever, Hezbollah’s leader Hassan Nasrallah made a public appeal for financial support.”

Ortagus pointed out that “as these designations demonstrate, any distinction between Hezbollah’s political and military wings is artificial, a fact that Hezbollah itself acknowledges. Accordingly, we continue to call on our allies and partners to designate Hezbollah in its entirety as a terrorist organization.” 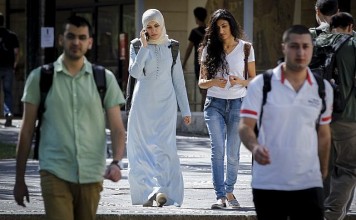