A burning question in the Middle East today is the firmness of the tacit alliance among Israel, Saudi Arabia, and other Arab Sunni states against Iran.

A look at flight schedules of the major airports in these states provides a useful window into this and other questions related to Middle East politics.

How can we tell that the most important of the Sunni Arab states regards Iran as a major danger? Try booking a direct flight from Cairo to Tehran. The cities are a mere 1,230 miles apart, or less than the distance between New York and Miami. They are two of the three major megalopolises in the Middle East (the third is Istanbul). Yet there are no direct flights between these capitals, nor have there been for at least a decade.

Lest you think this is for economic reasons, consider that there are 20 flights a day between Cairo and the more distant Dubai (the city state in the UAE, which is 1,500 miles away). Even to Khartoum, 1,000 miles south – which is far poorer than Tehran – there are four flights a day from Cairo. Even less can economic factors explain why there are no direct flights between affluent Riyadh, the capital and largest city in Saudi Arabia, and Tehran, which is only eight hundred miles away.

The proof that the lack of flights between Cairo and Tehran is political rather than economic can be found in the flight schedule between far poorer Cairo to Riyadh (versus Riyadh-Tehran). There are 10 flights a day between Cairo and Riyadh even though it is farther from Riyadh than Tehran (1,000 miles compared to 800).

The common denominator – the lack of direct flights between Israel, Egypt, and Saudi Arabia to Iran’s capital – is their enmity toward the Iranian regime. Israel is a linchpin in this alliance.

It goes without saying that there are no flights between Tehran and Manama, the capital of Bahrain, Saudi Arabia’s small client state, to which it is linked by a 20-mile bridge. Bahrain is ruled by a Sunni dynasty against the will of its predominantly Shiite population, which is arguably pro-Iranian.

Flight schedules also tell you which Sunni states in the area are not part of the anti-Iran alliance and are in fact hostile toward it.

Istanbul International Airport, one of the largest and busiest in the world, is Iran’s major gateway to the West. Its ally in regional affairs, Qatar, which is at odds with Saudi Arabia, runs six daily flights to Tehran as well as flights to five other Iranian destinations.

Of course, some states do not mix politics with economics. Iranian airports are important flight destinations from Dubai International Airport, which ranks amongst the busiest in the world. There are on average eight flights a day from Dubai to Tehran as well as flights to seven other destinations in Iran, notwithstanding the tense relations that currently prevail between the UAE and Iran.

This air traffic reflects the significant economic interchange between Iran and the UAE. Even more politically salient, it represents a major loophole in the sanctions regime the US has established over Iran.

Turkey is similar to Dubai and Abu Dhabi in that it divorces politics from economics. Istanbul International Airport might be Iran’s gateway to the West, but it is also, as many Israelis and tourists to Israel know, a major transit point between Israel, Europe, and the Americas. This is true despite Turkey’s support for Hamas and Erdoğan’s harangues against Israel.

In Turkey’s case, the divorce is not as neat as in the UAE. Turkey pays for its hostility toward Israel in the loss of Israeli tourists, who are increasingly attracted to destinations in safer and friendlier Greece.

Air traffic is also an excellent measure of the intensity of civil war and the condition of failed states in the area.

But Aleppo is no longer divided. It is now under the firm rule of the Syrian government following the Russian air intervention in 2015, which changed the balance of power between the regime and the rebels. Today’s flight arrival and departure schedules from the two airports are an important indicator of the extent to which the Syrian state has managed to return to its former self.

The data indicate that Syria has a long way to go if it is to attain the relative prosperity that prevailed in the first decade of Bashar Assad’s rule. In 2010, there were 70 flights per day on average; today, there are 11.

Significantly, only one of the incoming flights originates outside Tehran and the Arab world. Before the civil war, there were flights to and from most major European capitals. The sole exception, the flight from Moscow, is also a reflection of the primacy of politics. There is only one such flight a week.

Alas, Aleppo seems destined to remain closed to civilian traffic. Before the civil war, the airport registered 30 flights a day.

Airport traffic can even capture the larger historical picture. A half-century ago, the Cairo and Beirut international airports were the two dominant gateways to the Middle East. Today they are dwarfed by the airports in Dubai and Abu Dhabi.

The eclipse of Cairo International Airport reflects the sharp decline of Egypt in Arab and foreign affairs. So too can we see the decline of Beirut, once considered the Arab world’s “Switzerland.” It has succumbed to prolonged civil war, the rise of militant Shiisim, and control by Iran through Hezbollah, its militia proxy.

On a larger scale, the flight data reflect the growing salience of the non-Arab regional powers in the Middle East and Israel’s importance to the Western world in keeping them at bay. 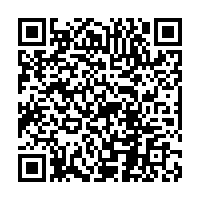