The United States—through the European, Russian, and Chinese signatories to the Joint Comprehensive Plan of Action (JCPOA), and Iran, on Tuesday agreed to try to get both countries back into compliance with the 2015 Iran nuclear deal. But Iran’s demand that the US rescind all its sanctions could prove impossible for the Biden administration, since the sanctions are not based only on Iran’s compliance with JCPOA, but also on its terrorist activities—a policy the Trump administration turned into an effective “maximum pressure” strategy against Iran’s economy.

State Department Spokesperson Ned Price on Tuesday summed up the current state of the talks between Iran and the West on JCPOA to curb the Islamic Republic’s nuclear efforts (we abbreviated his text for clarity – DI): “The shorthand is ‘compliance for compliance.’ There are obviously many more complexities involved in that, but that will be the task ahead for our partners, the Europeans, as well as the Russians and the Chinese, in their talks with the Iranians going forward.”


In that spirit, the meeting between the remaining signatories to the deal in Vienna they agreed to establish one working group on getting the United States to lift the economic sanctions imposed by President Trump after he had pulled out of JCPOA in May 2018; and another working group on getting Iran to start complying with the JCPOA curbs on nuclear enrichment and stockpiles of enriched uranium.

“These are early days, we don’t anticipate any immediate breakthrough,” Price said. “We don’t anticipate being in a position to provide any sort of live commentary on these discussions. We know these will be tough talks. We know there will be difficult discussions ahead. But again, this is a healthy step forward. It’s a healthy step forward because it allows us to move forward with what we see is the only path to achieve what President Biden laid out, and that is a mutual return to compliance.”

And by “mutual,” Price means “Iran returning to its commitments under the 2015 JCPOA, those commitments spelling out the parameters under which Iran is permanently and verifiably prevented from obtaining a nuclear weapon; and on our side, what we might need to do to return to compliance ourselves.”

What President Biden needs to do to return to JCPOA would be to remove some 1,600 sanctions Trump imposed on Iran starting three years ago. Those sanctions impacted not only American trade with Iran but also blocked the European signatories from engaging with Iran’s economy, with dire consequences to the latter. It took Iran about a year to realize Trump was serious about destroying their economy, and in 2019, Iran started violating the curbs on uranium enrichment with the goal of producing a nuclear weapon.

“We do not at this point anticipate direct talks between the United States and Iran,” Price stated. “We are open to them because we are open to diplomacy. We know that we can engage in clear-eyed, principled diplomacy even with a country like Iran, but the Iranians want to do this indirectly. So what we will be doing is engaging in discussions with our allies, principally our European allies, who, in turn, together with the Chinese and Russians, will be engaging directly with the Iranians.”

Price was asked how difficult it would be to unwind the Trump sanctions, given how many of those have been layered on, especially the designation of Iran’s security force, the Islamic Revolutionary Guard Corps as a terrorist organization.

When pressed on the IRGC terrorist designation, Price responded: “I’m not going to get into any intelligence assessments.” Which is to say that Iran’s compliance with the CPOA curbs would not absolve it of responsibility for its own and its proxy militias’ terrorism throughout the Middle East.

“We have talked about the mutual resumption of compliance with the JCPOA as a necessary but insufficient step, because we have also talked about, once we are there, working on what we are calling a longer and stronger deal, using the original JCPOA as the baseline for those discussions, but then not stopping there,” Price explained.

“Because we have also made no secret of our other profound concerns with Iran’s behavior, Iran’s malign activity in the region. That includes its support for terrorism; it includes its ballistic missile programs; it includes the activities of its proxies. All of these are issues that not only the United States but also together with our allies and many of our partners that we seek to constrain. So that will be the broader effort here.”

In its report (Iran and U.S. Agree on Path Back to Nuclear Deal), the NY Times simply ignored this last part, focusing instead on the general agreement in Vienna and Tehran that it’s time to remove the US sanctions and return to Iranian compliance with the curbs on uranium enrichment. But the Trump sanctions are not based only on that part of Iran’s behavior.

Simply put, to remove those sanctions, the Biden administration would have to reverse the State Dept. designation of Iran and its various entities as terrorists which date back to the Carter administration.

Trump’s maximum pressure strategy was implemented through comprehensive US sanctions on every sector of the Iranian economy in a successful effort to isolate and damage Iran’s economy. The Trump administration designated a slew of Iranian economic entities as supporters of terrorism to ban international transactions with them. Along with the CBI, the Trump administration identified banks, Iran’s oil ministry, the state-owned National Iranian Oil Company (NIOC), mining companies, investment firms, the Mobarakeh Steel Company, and other manufacturers, trading companies, and firms involved in oil shipments as terrorists. 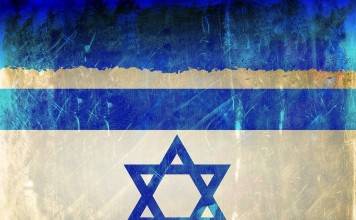