The United States Supreme Court on Thursday agreed to hear the appeal by Germany and the Prussian Cultural Heritage Foundation (SPK) to dismiss the restitution claim by the heirs of art dealers Saemy Rosenberg, Isaak Rosenbaum, Julius Falk Goldschmidt and Zacharias Hackenbroch from Frankfurt.

In 1929 the consortium of German-Jewish art dealers purchased for 7.5 million Reichsmarks the Welfenschatz, a.k.a. Guelph Treasure, only to be forced later by agents of Hermann Goering to give it up so the Reichsmarschall could personally present it as a gift to Hitler. The SPK claims there is “no evidence that it was given to Hitler,” and that “the Guelph Treasure has always been held by the museum since the purchase in 1935,” which the SPK claims was “not a forced sale due to Nazi persecution.” The consortium received 4.25 million Reichsmarks in 1935 from the Prussian government.

The Guelph Treasure is a collection of medieval ecclesiastical art originally housed at Brunswick Cathedral in Braunschweig, Germany. Most of the objects were removed from the cathedral in the 17th century. The Treasure takes its name from the princely House of Guelph of Brunswick-Lüneburg. It passed from Brunswick Cathedral into the hands of John Frederick, Duke of Brunswick-Lüneburg, in 1671, and remained in the Court Chapel at Hannover until 1803. In 1929 Ernest Augustus, Duke of Brunswick, sold 82 items to the Jewish art dealers from Frankfurt. Items from the Treasure were then exhibited in the United States in 1930–31. The Cleveland Museum of Art purchased nine pieces, and other museums and private collectors also bought parts of the treasure.

In 2008 the heirs of the Jewish art dealers launched a case for restitution in Germany, but in 2014 the Limbach Commission, an Advisory body to the German government, ruled that the case did not meet the criteria for a forced sale due to Nazi persecution.

In February 2015, just days before Germany declared the collection a national cultural treasure, which meant it could not leave the country without an explicit permission from Germany’s culture minister, the heirs to the Jewish art dealers sued Germany and the Bode Museum in the United States District Court for the District of Columbia, under the Holocaust Expropriated Art Recovery Act, which allows the heirs of victims of the Nazis to file restitution claims in US courts.

In 2018, the Court of Appeals for the DC Circuit ruled that US courts have jurisdiction over the claim under the Foreign Sovereign Immunities Act of 1976 (FSIA). The appellate court rejected Germany’s arguments that US courts lack jurisdiction, and that Germany’s treatment of its Jews in the 1930s should be immune from judicial scrutiny.

Which, once again, brings to mind the age old question: how do Germans sleep at night?

On Thursday, the Supreme Court agreed to hear Germany’s appeal of the Court of Appeals’ ruling. The court will also hear a case involving Hungarian nationals who are suing Hungary for property seized from them during World War II.

The Supreme Court will hear both cases in the fall.

An attorney for the heirs of the Jewish art dealers issued a statement saying: “Germany seeks to eliminate recourse for Nazi-looted art and the Court will have the chance to answer this question of critical importance for Holocaust victims.” 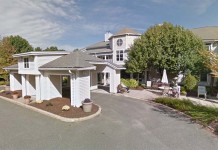 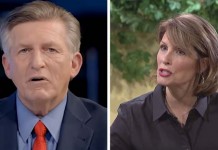 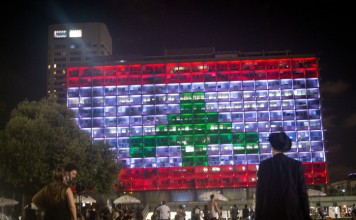