A U.S. warplane shot down an armed Iranian drone over Syrian territory on Tuesday. The Pentagon said the incident took place near a combat post in A-Tanf where U.S. and coalition “advisers” are stationed in a support capacity to provide services to forces battling the Islamic State terrorist organization.

The drone, a Shaheed-129, was hit by an F-15E Strike Eagle after it “displayed hostile intent and advanced on coalition forces,” the U.S. military said in a statement.


However, the incident carries broader regional implications, due to the fact that Iran is using armed drones in a military theater along Israel’s borders.

The incident comes two days after an American F/A-18 warplane allegedly shot down a Syrian fighter Su-22 near the Syrian city of Taqba in the southern Raqqa area. According to Washington sources, the jet had bombed U.S.-backed forces.

A statement by the army of Syrian President Bashar al-Assad said the U.S. “atack was an attempt to undermine efforts of the army as the only effective force capable with its allies … in fighting terrorism across its territory… This comes at a time when the Syrian army and its allies were making clear advances in fighting the [Islamic State] terrorist group.”

In response, the U.S. Central Command issued its own statement, saying the Syrian aircraft was shot down “in collective self-defense of coalition-partnered forces.” 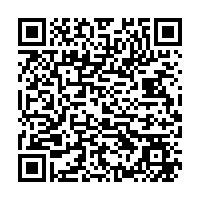