The Russian move comes against the background of President Joe Biden’s recent difficulties forging his relationship with Saudi Arabia following the US intelligence report alleging that Prince Mohamad Bin Salman not only knew of the plot to kill rogue Saudi journalist Jamal Khashoggi but approved it.


When Biden took office in January, he was expected to respond sternly to the Saudi crown’s human rights violations. But despite his tough campaign rhetoric, Biden tamed his condemnation because of Saudi Arabia’s vital role in the US strategic position in the Middle East.

But things are certainly cooler between Washington and Riyadh, and despite declarations to the contrary, the Biden White House is also not jumping with joy over President Trump’s success in inaugurating the Abrahamic Accords between Israel and two gulf states.

And so, according to the Russian Foreign Ministry, Lavrov’s meetings in the UAE are to become an important part of bilateral political dialogue, during which Russian President Vladimir Putin maintains “regular trust-based contacts” with leaders of Arab monarchies.

Because, hey, Putin is not going to condemn any Arab monarch for being a little rough with their subjects. And they won’t condemn him in return.

Among other things, Russia and the UAE will discuss ways to further increase business cooperation in line with agreements previously reached at the top level. Despite the obstacles of the coronavirus pandemic, Russia-UAE trade increased by 78% in the past year, reaching an all-time high of $3.27 billion. The Russian side also confirmed plans to hold a regular plenary session of a bilateral intergovernmental commission on trade, economic and technical cooperation later this year. The commission last met in October 2019.

Speaking of the coronavirus, Lavrov is expected to push the Russian vaccine, Sputnik V, in his talks with the UAE this week. When Russian and UAE top diplomats last met in December 2020, the Sputnik V vaccine was in its third stage of trials in the UAE. Now it is among the three vaccines approved for use in the country.

Incidentally, the UAE ranks third worldwide in terms of vaccinating its population, with about 65% of its residents already inoculated. This reporter would venture a guess that the Sputnik will probably go to the UAE’s millions of foreign workers, while the good Pfizer stuff will be reserved for the real Emiratis.

Still, the UAE is taking part with 3,000 volunteers in the international clinical trials of the Sputnik Light, a one-dose version of Sputnik V developed by the Gamaleya Institute. The drug consists of only one component, requiring only one inoculation instead of two.

Finally, according to the TASS report, the diplomats from Moscow and Abu Dhabi will also carry out a detailed exchange of opinions about “the situation in Syria, Libya, Yemen, and the Arab-Israeli conflict.”

A year and a half ago, Moscow unveiled its Collective Security Concept for the Persian Gulf region. The Russians would like to forge a collective mechanism of response to challenges and threats with the participation of regional states, including Iran and all the Arab countries. Granted, this idea is being revived at a time when the Saudis and the rest of the gulf stated are thinking about forging a military alliance with Israel against Iran, but in a nutty region such as the Middle East, there’s no reason not to entertain both approaches at once… 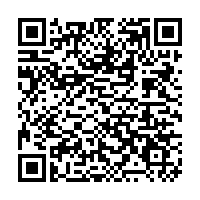